Jamaica, Greece and the current depression 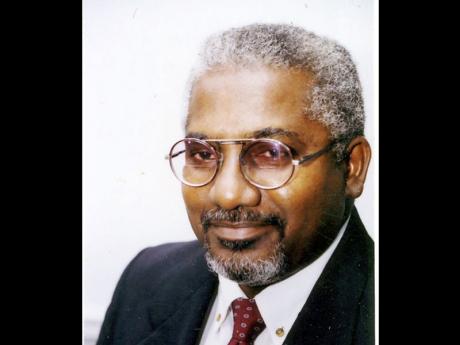 In last week's column on the comparison of Greek and Jamaican debt there was a quote left without further comment.

The tacit or unexplored assumption, of course, was that readers would be aware of its implications. Correspondence from readers, however, indicate I was wrong - actually an error of unwarranted assumption on my part.

Here is the quote: "some of the Eurozone countries in trouble - would have a sustainable debt burden if the ECB would simply intervene in the sovereign bond markets and guarantee a low interest rate on their bonds. And the ECB, as the issuer of a hard currency in a monetary area with no serious inflationary threat, has a lot of room to do whatever is necessary to make sure that all of the Eurozone countries have low borrowing costs and therefore sustainable debt."

This description of the financial standing of the Eurozone as issuer of a 'hard currency' and under no inflationary threat is the fundamental difference between the economic, but more critically so, the financial condition of the two countries.

Jamaica has no 'room to do whatever is necessary' - it cannot prudently engage in stimulus spending based on domestic money and debt creation. The attendant secondary demand expenditure would almost immediately spill over to the foreign exchanges and lead to balance of payments difficulties. Inflation would follow and rounds of devaluations ensue. It is this that magnifies the debt trap the country faces.

Exploring the issue of stimulus and the world recession as it relates to prospects for recovery is useful as backdrop. In the recession of 1929, the two foremost economists with depth of understanding of the economics of money and real-world experience investing in stock markets and, as well, advising governments were Irving Fisher and John Maynard Keynes.

In 1929, they both held to the view that 'price stability' was a sufficient condition for full employment or, viewed from the other side, the antidote to unemployment. They both at first misread the 1929 slump suggesting it would upturn by 1931.

Indeed, both Fisher and Keynes personally lost money on the stock market. More than this, Fisher was effectively wiped out financially but worse, his reputation as a public intellectual was almost shredded.

His son, writing about his father, recounts overhearing two strangers conversing in New York saying: 'Gosh, he's supposed to know all the answers and look how he got burned'.

They were discussing a case involving a firm in which Fisher was invested, but whose CEO was indicted for fraud. Fisher, in an effort to recoup, had sued. Proceedings of the case were reported and a matter of public discussion.

Keynes lost a big bundle, too. He actually attempted to sell two of his most prized pieces of art, which he finally withdrew because the reserve price was not met.

Both of them went to the drawing board, embarked on efforts to understand how they could be so mistaken. Something was wrong with their understanding, their theory of how the macroeconomy and finance worked.

Fisher figured out that debt, coupled with rapid deflation was the problem.

"Over-investment and over-speculation are often important," he said, "but they would have far less serious results were they not conducted with borrowed money".

Among Keynes' insights was that full employment was not automatic, precisely because decisions of savers and investors were undertaken by entirely different economic actors.

The prudence of the individual consumer was anathema to recovery during a deflationary period. Economically wise behaviour for the individual undertaken by everyone including the state during depression was catastrophic.

Income bears a specific relation to consumption. Cut back consumption sufficiently and system-wide income shall contract by a multiple. The notion of 'job creators' is a US Republican spin-master's creation.

A capitalist has no interest in creating jobs. The central interest is generating profits. Consumption of his goods and services is the only mechanism to do this - apart from financial engineering and deal-making, which is not the same as wealth generation or creation.

When consumers save or are unable to spend because of lost jobs, lost wealth in a home under water in a mortgage, or a generalised pessimism as to the future, deflation is the result.

Here's the problem, there's a difference between 'too-big-to-fail' financial institutions and 'too-small-to-matter' consumers - the 99 per cent.

The few billions of dollars President Obama's stimulus package earmarked for under-water homeowners has, in most cases, generally been used by states to shore up their normal financing - even though schoolteachers' and firefighters' subventions have been cropped.

Until stimulus on infrastructure and other needed activities in the US economy can be approved, we shall have to agree with Paul Krugman that we've currently hit a depression.

The JPMorgan Chase gambling losses - a symptom of business as usual - coupled with successful attempts to block finance reform in the US, provide a global scenario that makes Greek and Jamaican debt problems pale into insignificance.