Oil drops to US$86.53 on disappointing US economic data 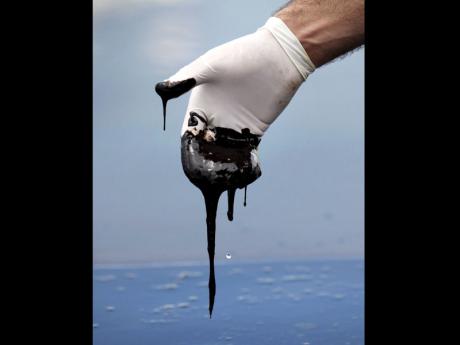 The price of oil continued its month-long slide Thursday following new reports that the United States economy isn't growing as fast as many hoped.

Oil is now the cheapest it's been since October.

Prices fell in May due to a variety of factors. On Thursday, the US reported that the economy grew by 1.9 per cent in the first quarter, slower than first estimated. And the number of Americans seeking unemployment benefits rose last week to a five-week high.

"Those are some poor headlines," independent analyst and trader Stephen Schork said. Oil already has fallen by nearly US$20 a barrel, or more than 17 per cent, this month, he said. "It's hard to say how much lower oil can go."

The country is now holding 384.7 million barrels in storage, the most since 1990.

Oil supplies hit record levels in the Midwest even though a key pipeline project started transporting crude this month from Oklahoma to the Gulf Coast.

The Energy Information Administration report added that oil demand was flat last week in the US, and wholesale gasolene demand fell by 2.6 per cent when compared with the same period in 2011.

Besides the soft US economy, oil prices fell during the month as tensions eased over Iran's nuclear program, reducing chances for a conflict in the Persian Gulf that could crimp supplies.

And China's manufacturing sector slowed, while Europe's banking crisis threatens to spread across the region.

The drop in oil has provided some welcome relief at the gas pump as the summer driving season gets under way.

The national average for gasolene fell by less than a penny Thursday to US$3.62 per gallon, according to AAA, Wright Express and Oil Price Information Service. Since April, the average price for a gallon of regular has dropped by almost 32 cents.

Experts say gasolene prices could fall as low as US$3.50 per gallon on average by the Fourth of July holiday.

In other energy futures trading, natural gas rose less than a penny to end at US$2.422 per 1,000 cubic feet after the government reported that supplies in storage increased last week about as much as analysts expected.

Natural gas is still much cheaper than it was a year ago, with the average May price 42.4 per cent lower than the same time last year.

Prices are down thanks to a jump in production and a relatively mild winter that reduced heating demand. Supplies are about 35 per cent above the five-year average for this time of year.