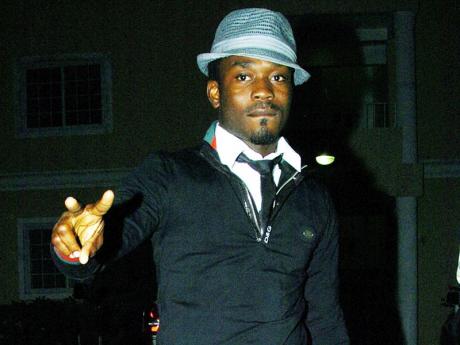 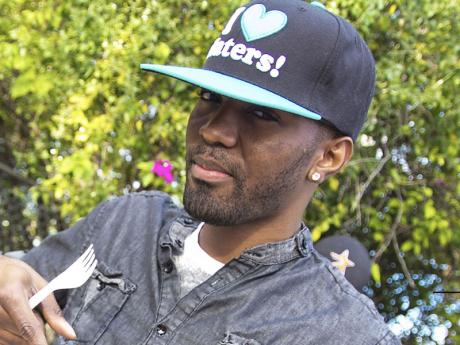 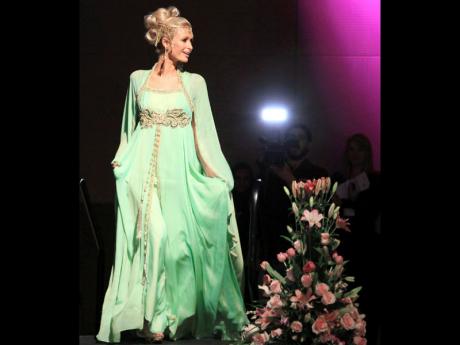 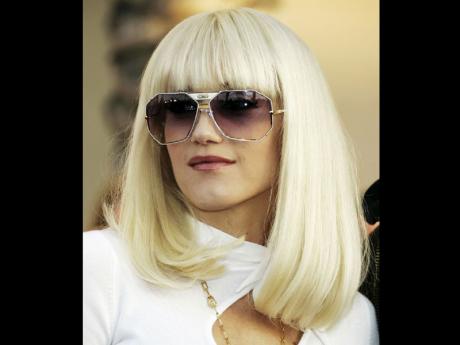 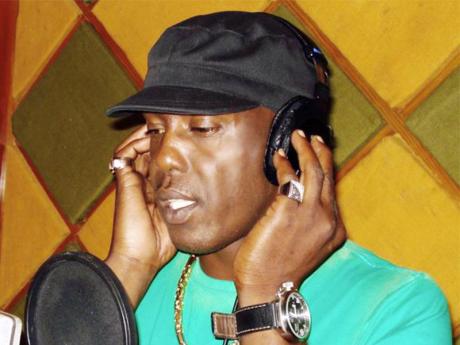 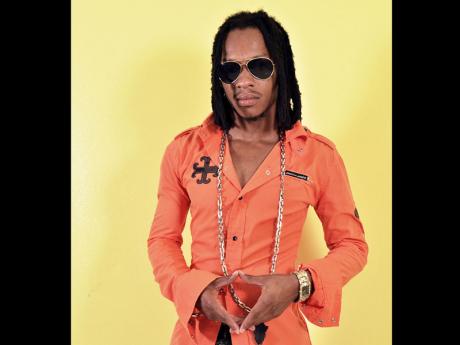 Telecoms company LIME has once again signed on as sponsor of gospel artiste Prodigal's Freedom Fest, slated for tomorrow at the Ranny Williams Entertainment Centre, St Andrew. This year's staging marks the third year LIME will sponsor the event, and will seek to provide a family-friendly environment inclusive of a fun day and health fair.

The annual event, dubbed a '3-in-1 Extravaganza', will integrate Prodigal's birthday celebrations and his 76 99 album launch, as well as extending the show to incorporate Jamaica's 50th Anniversary celebrations.

According to Prodigal, "This year, patrons can expect an impressive outlay of fun for the entire family. The staging of the event this year marks a happy coincidence for me as I celebrate the launch of my newest album, my birthday, and Jamaica's 50th anniversary of Independence."

Prodigal further said the entire Radikal Yawd camp would be onstage for a pulsating concert, featuring performances by Ryan Mark, Omari, Kereen Gregory and many others.

"We are happy, once more, to join in this year's festivities and partner with Prodigal to continue a religious movement throughout the country, while bringing Jamaicans together to enjoy themselves," said Stephen Miller, LIME sponsorship manager.

Along with the many activities planned, LIME will also give lucky patrons discounts on Prodigal's CD, as they top up with $200 or more on their phones, in addition to get a chance to spin a wheel for more prizes from the company. Additionally, the first 50 patrons to Freedom Fest who purchase an Alcatel 208a phone with the Mini World Pak international calling plan, at a cost of $1,000 plus GCT, will get a $500 discount on Prodigal's new CD.

Reggae/dancehall artiste Konshens continues his assault on the music scene with his latest single and video, A So Mi Tan. A So Mi Tan has been ripping airwaves in recent weeks and fans have been showing their appreciation to the Daseca produced track.

It is the latest in a string of hits from Konshens, who debuted in 2007 with the smash hit, Winner.

The video for A So Mi Tan has been released to television stations across Jamaica and the Caribbean. It was directed by a team from the New York-based Unique Impact and shot on location in New York, while Konshens was promoting his recently released Mental Maintenance album. The video contains live footage of performances and interactions with fans.

Konshens has been on a high for the past few months with Gal A Bubble and Do Sumn in Jamaica and across the Caribbean. Stop Sign, another single from Konshens, has been climbing the charts at rapid pace.

Konshens recently performed at the end-of-semester concert at the Borough of Manhattan Community College in New York.

Female fans of Konshens can look out for an exciting promotion with a Jamaican alcohol company.

Downsound Records has signed reggae artiste Andre Ellis, also know as Nature. Born in Montego Bay, the 26-year-old decided in 2002 he would pursue music full-time and, soon after, was signed to footballer Ricardo 'Bibi' Gardner's Heart of Love record label.

"Bibi Gardner was the first person to give me real strength in the music business. He produced two of my songs, Hold On and Wasting Time. The songs became well known in Europe and I did two promo tours in Europe and one in Australia for the songs," Nature said.

His time at Heart of Love was short-lived, however, due to Gardner's hectic football career.

Late last year, while performing at an event, Nature was introduced to producer Skatta Burrell, who is affiliated with Downsound Records. According to Nature, he was performing at another event when Downsound CEO Joe Bogdanovich turned up to see him in action.

"I'm now signed to Downsound Records and it's going great. They have the capabilities and the resources to manage artistes. Things are moving in the direction I've always wanted it to go," Nature said.

Nature is promoting his single, World Peace, which racked up more than 20,000 views on YouTube in its first week.

"It's been getting massive rotation. People are loving it and it soon explode in Jamaica. The song, World Peace, is appealing to every nation and every religion," he said.

Nature is working on a yet-to-be titled album and is also in negotiations for upcoming tours.

Veteran reggae artiste Nitty Kutchie is trying his hand at gospel music, recording a cover version of Drinking From My Saucer, originally done by Michael Combs. According to the veteran artiste, dancehall music needs God.

"Right now, dancehall get sticky and it want some God. This idea came from my friend Tiki Tiki, who lost a brother and was grieving, and because I lost a brother too, I could relate. When I recorded the song, tears came to my eyes," Nitty Kutchie said.

Nitty Kutchie is known for hardcore songs such as We Scare Dem, featuring Mavado, Busy Signal and Bounty Killer. However, turning a new page in his career, the artiste believes the industry needs positive music.

"I was born in a Christian-based family and if I feel like calling on God's name, I have all the right to because God is always my shield. When I sing this song, its very emotional. It's like the spirit come over you. Wi need back some good reggae music. Every man feel like dem music good, but a nuff song weh a play a stray the youth dem mind," Nitty Kutchie said.

The song is produced by Star Creation Music and recently premiered at Sugar Minott's life celebration party at his former Kingston home.

SKYY Vodka and Pure Heaven have collaborated to host the exotic Pure All-White Edition at Club Privilege in New Kingston tomorrow. The event marks the official launch of the Pure Heaven Drink, and according to member of the Pure Team, Damion 'Fresh' Gayle, the experience will be out of this world.

"This event will be out of this world because the pricing is different. We offer our patrons a nice package. Females are free before 11:30 p.m., wearing white, college students are free with ID before 11:30 p.m. and there will be Skyy VODKA mixes free all night," Fresh said.

Fresh said this is the first launch party that is literally a party. He also hinted that Pure All-White Edition may become an annual calendar event, depending on the support of this staging.

"We are thinking of doing it annually, but since this staging is a launch/party we want to see the feedback from the audience then make a final decision," Fresh said.

According to the promoter, Club Privilege will be outfitted with a Skyy VIP deck. However, unlike regular events, to get access to the VIP area, persons will be handpicked.

"The SKYY deck will have premium quality and will include mixes as well. Patrons getting access to this area will be handpicked. Any lucky person who shows up on the night may get a chance to be a part of the Skyy deck," Fresh said.

The DJs who will deliver the 'pure juggling' are ZJ Ice, DJ Menace and ZJ Ice.

The 31-year-old star Paris Hilton has tried her hand at reality television and is about to release her 15th fragrance, but she is eager to make her latest music venture work after her 2006 self-titled LP experienced low sales.

A source told RadarOnline: "Paris has been working with Flo Rida, LMFAO and David Guetta, and the album should be released this summer. Paris hopes to embark on a European concert tour to promote the album, which will consist of house music."

They continued: "Paris knows she has a lot riding on this project because her last reality show was cancelled and she needs to do something to reinvent herself. Paris is hoping to appeal to a broader fan base and would love to use the album as a platform for a possible project with MTV."

The source added: "Yes, Paris is a very successful businesswoman and she is about to release her 15th fragrance, but that isn't enough for her. Paris craves the attention from the media and her fans and she is truly feeling the pressure to deliver on this because she doesn't have any other television or movie projects lined up."

No Doubt about lawsuit

No Doubt has gained the right for their lawsuit filed against a video game maker to go to trial.

The group, fronted by Gwen Stefani, 42, was happy to hear that their complaint against Activision for allegedly exceeding group members' contractual likenesses in Band Hero is going to court.

Los Angeles Superior Court Judge Ramona See denied the Santa Monica, California-based company's petition to throw out the case, which means the sides should appear in front of jury later this year. No Doubt sued the game maker in 2009, accusing them of allowing players to manipulate the quartet's individual avatars in ways they would never have acted in real life.

They claimed it violated their publicity rights and turned them into a "virtual karaoke circus act".

The original complaint stated that such manipulations include "unlocking" mechanisms that gave gamers the ability to have Gwen's computer-generated image sing in a male voice and also allowed her male bandmates to sing in female voices.