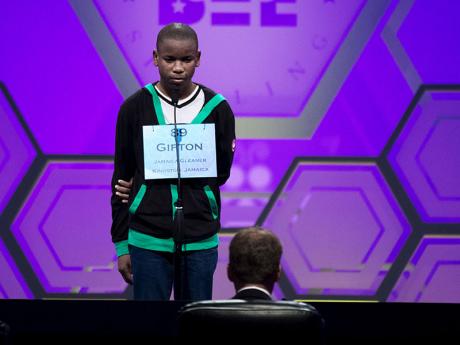 The Gleaner's Children's Own Spelling Bee champion, Gifton Wright, made it to the Scripps National Spelling Bee final at the Gaylord National Resort and Convention Center in Oxon Hill, Maryland, United States, yesterday, where he tied for fourth out of 278 spellers in the competition that started earlier this week. After an amazing run, Gifton's participation ended on the word e-r-i-c-e-t-i-c-o-l-o-u-s, which means inhabiting a heath or similar habitat. -Photo by Bill Clark