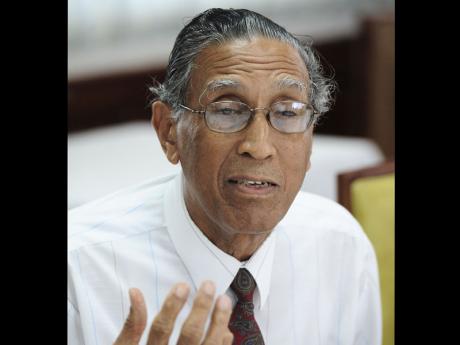 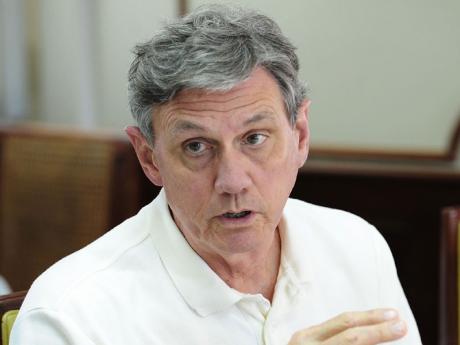 Chairman of the Jamaica Coalition for Tobacco Control (JCTC), Dr Knox Hagley, is craving a law that will see smoking in public spaces banned.

Hagley, who is also the chairman of the Health Foundation of Jamaica, believes such a move would result in a reduction in the number of smokers.

"One of the things we are hoping can be introduced is a ban on smoking in closed public spaces," Hagley shared while speaking at a Gleaner Editors' Forum on tobacco, held at the newspaper's central Kingston offices yesterday.

"We have so much evidence that shows that such a ban has such a spin-off in terms of reduction of smoking, as well as reducing the impact of people who are not necessarily smokers, but are what we call passive smokers - now sometimes referred to as secondary (smokers); and there are tertiary smokers as well in that regard," he added.

Yesterday was celebrated globally as 'World No Tobacco Day', where persons were encouraged to abstain from all forms of tobacco consumption across the globe for a 24-hour period. The day is further intended to draw global attention to the widespread prevalence of tobacco use and to the negative health effects which currently lead to more than five million deaths worldwide annually.

Studies have also shown that persons who do not engage in the practice of smoking are not spared from its harmful effects as, according to the World Health Organization's fact sheet compiled in May 2010, second-hand smoke causes 600,000 premature deaths per annum.

"Wherever such a law has been introduced, the reduction in certain diseases resulting from tobacco, in particular heart attack, is so huge that the conclusion is inescapable, as not only chronic smokers are saved from heart attacks, but passive smokers also," Hagley said.

Dr Richard Hurt, founder and director of the Mayo Clinic Nicotine Dependence Centre, believes Jamaica needs to return to the social norm which existed in the 19th century when public smoking was not prevalent, as cigarettes did not exist as a product.

"There is overwhelming evidence throughout the world, places like Scotland, that when it is smoke-free, there is a reduction in heart-attack admissions of 19 per cent, and there have been other studies that show the reduction to be upwards of 45 per cent after the smoke-free policy is put in place," Hurt divulged. "This (smoking) has an immediate effect on the coronary arteries and the plates which cause blood clots and that is what the reduction in heart attack is all about when you have a comprehensive smoke-free workplace law. If you reduce smoking indoors, you reduce heart attacks," he concluded.

Hurt, who also chairs Global Bridges, thinks a ban on smoking in public places will significantly contribute to averting the next generation of smokers.

"Having a smoke-free workplace - restaurant, bars and other workplaces - sends a message to that child that smoking is not the social norm and that is really a very powerful message," Hurt said. "When you have smoke-free workplaces, it reduces consumption in people who continue to smoke, it increases the chances of a smoker stopping, and it decreases the chances of your child or grandchild ever starting."