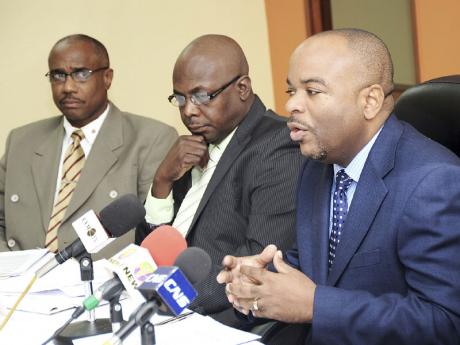 INDECOM says many of its cases almost solved

The Independent Commission of Investigations (INDECOM) has announced that several cases it is currently investigating are at an advanced stage and near completion.

During the official release of its quarterly report to Parliament at its St Andrew offices, INDECOM Commissioner Terrence Williams and his team gave an update on the cases that have captured the media spotlight.

In the case of Keith Clarke, who was killed in his home by security forces on May 27, 2010, the file has now been returned to the director of public prosecutions (DPP) with the additional information requested.

With regard to the May 2010 Tivoli Gardens incursion, Williams said the commission got a report from the chief of defence staff and was awaiting further information from the Jamaica Defence Force (JDF), the Jamaica Constabulary Force, as well as members of public and civic groups.

Adding to the case updates, Nigel Morgan, director of complaints for Kingston, St Andrew and St Thomas, said INDECOM has already collected statements from witnesses and the police officers involved in the March killing of 45-year-old Dianne Gordon in Cassava Piece, St Andrew. The commission has also received statements in the case of six persons killed in Denham Town, Kingston. However, the ballistic reports are still outstanding.

INDECOM is hoping to soon close the Vanessa Kirkland case, which is awaiting a correction in the ballistic report and the conclusion of an identification parade. The 16-year-old was killed in March in Greenwich Farm, Kingston.

It was also revealed that the report on the alleged April assault on head of the Young Men's Christian Association, Sarah Newland-Martin, at the Norman Manley International Airport in Kingston was 97 per cent complete.

Williams noted that since the beginning of the year, they have seen an increase in the number of cases involving security officers.

"As at March 31, the incidents that have ended in fatalities stand at 65, with 35 in March alone - the highest number of fatalities in any given month since INDECOM began operations," said the commissioner.

Williams outlined that for the period August 2011 to March 2012, 12 police officers have been charged or referred for charge, bringing the number to 23 since the office was set up in 2010. Since August 2011, the commission has also done 34 reports, 20 of which found complaints unsubstantiated. Six cases have been sent to the DPP, 18 to the commissioner of police and three have been informally resolved and 10 referred for coroner's inquest.