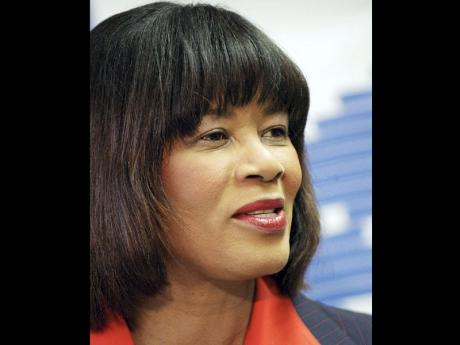 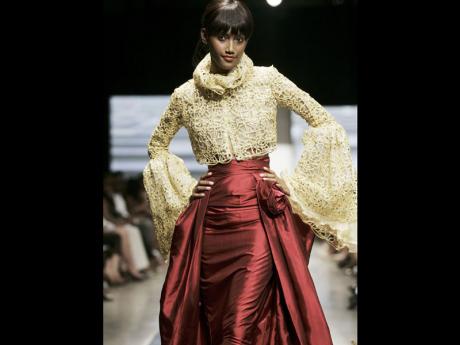 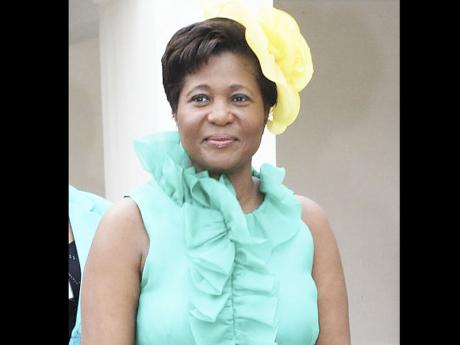 Dears, the word out of London is that Jamaica's High Commissioner to the United Kingdom Aloun Assamba has not only hit the ground running, she is being well received by the Jamaican community in London. For her first few days in office, she has visited the site of the Olympic village the Jamaican contingent is expected to use as base camp for the 2012 games, as well as the Olympic site.

Then this very weekend, the high commissioner will host Governor General Sir Patrick and Lady Allen, who are expected in London for the celebration of Queen Elizabeth Jubilee. They will be taking time out of the busy Jubilee celebrations to meet with members of the Jamaican community.

Dears, it's definitely all systems go for High Commissioner Assamba and nothing but, as many expect her's to be a transformative tenure!

And speaking of Jamaica's international standing, dears, the buzz is that quite a number of international leaders are expressing interest and desire to join prime minister Portia Simpson Miller and the people of Jamaica for Jamaica's 50th anniversary celebration. The latest head of state who has indicated an interest is President Goodluck Jonathan of Nigeria.

And speaking of Africa, the fabulous Betty Delfosse-Ingleton is visiting from her home in Zanzibar, where her Velisa's Restaurant is said to be the rage of chic society. It's the new buzz for the international traveller, with a number of Jamaicans among those who have visited and are singing its praises.

Jamaican export, modelling hunk Tyson Beckford, was in town and spotted out with brother Leon and gal-pal and clothier to the stars and the well-to-do, the oh so gorgeous Sophia MaxBrown, at the tres chic Majestic Japanese Restaurant, in the Gardens of Villa Ronai.

And speaking of the beautiful people and places, luvs, the Cannon Ball Café, in Manor Park, was simply jumping on Tuesday morning. The ultra-gorgeous Fenella Kennedy-Holland; the fabulous Rebecca Tulloch, just back from her visit to Bali; Captain David McRae; and the dapper young entrepreneur Jason Robinson being just a few of the fab class passing through for their designer cup of coffee.

It's cougar week at Hedonism II in Negril and the cougars are jetting in from all across the globe, to party hard. The entertainment promising to be 'off-tha-chain'. Negril is definitely on the list of fab places to party this weekend.

Last weekend, however, the party was stateside, as marketing consultant Dave Rodney hosted a backyard brunch ahead of the June 9 Adidas Jamboree, which will showcase the athletic prowess of track stars Yohan Blake, Shelly-Ann Fraser, Jermaine Gonzales, Sherone Simpson and a number of others who will be competing at the Adidas Grand Prix Track Meet at Randall's Island in New York City.

With music by Road International, New York's favourite sound system, and cuisine by Chef Alton Henry, guests were treated to a fab mix of musical and culinary treat. Segments of the popular New York PIX 11 morning show were taped with international superstar Shaggy for broadcast next Thursday, June 6 on PIX 11 TV. To help in promoting the post-Jamboree shindig, fans were entertained at the post-event reggae concert headlining Shaggy, Shabba Ranks, Richie Stephens and Fayanne Lyons.

Mon congrats to Colin and Karlene Smith, who celebrated their 29th wedding anniversary with a fabulous celebratory shinding at their Green Acres home in Upper St Andrew, two Sundays ago. Luvs, it was one social headliner with family and friends out in fabulous numbers and simply partying up a storm in celebration of the couple's milestone.

Dears, we are talking a lovefest here and nothing but, as they were surrounded by love which made for a palpable atmosphere and sense of togetherness. And in-between meeting, greeting and exchanging pleasantries, the couple proved the consummate hosts, making for a beautifully laid-back Sunday afternoon.

On Tuesday the 5th: the fabulous Anabella Seaga Mian; concert pianist Winston Ewart; and celebrated artist Andy Jefferson will be the notables celebrating.

Come next Wednesday, the 6th: the lovely Lola Simone; Ryan Powell, formerly of Kingston, now in New York; and Chester Francis, in New Castle Upon Tine, in the UK, will be blowing out birthday candles as they celebrate.

Belated birthday wishes to: Transport and Works Minister Dr Omar Davis and his parliamentary colleague Raymond Price, who both celebrated on Monday, the 28th.

On Tuesday the 29th: The Gleaner's very own Barbara Ellington; and the charmingly lovely Jannieve Jackson, formerly of Linstead and Treadways in St Catherine, now residing in the Big Apple.

Champagne toasts all around with beluga treats!