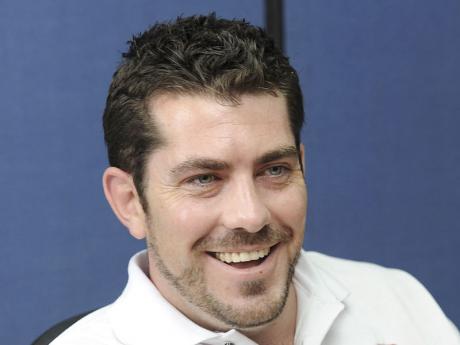 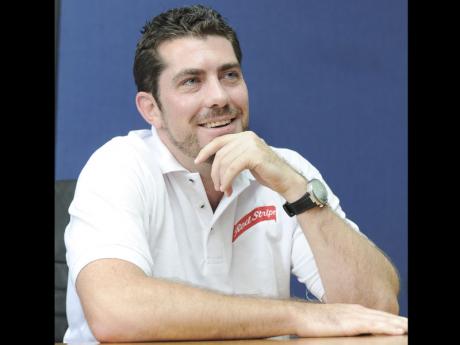 At first, Red Stripe's new brand manager Sean Yelle wanted to come to Jamaica to escape the New York cold, but his real reason for choosing Jamaica was to assume the post of senior brand manager for the company. He has been in that post now for some nine months, with a focus on reversing the slide in sales of the recent past. The beer had simply become the drink of "old men", so the company needed a saviour and, so far, Talawah has been among the answers! It targets the younger crowd.

Yelle described the ad campaign for the new addition to the lager family as upbeat, young and happy, but, most of all, the price ($100 per bottle), was just what was needed. The campaign was successful, the brand is now experiencing a rebirth and set to soar again.

"We want to make people connect with a Jamaican beer, Yelle (say Yell), told The Gleaner, his zest for life oozing from every Oklahomian pore as he spoke. Yes, he is American, but he is armed with a knowledge of selling excellent products and ready to transfer all that experience to our Red Stripe beer.

Part of his overall strategy is the continued association with football, a game that generates the same level of passion from supporters as Red Stripe does for its drinkers, Yelle said.

"It is just great to be at a game in Portmore, St Catherine, and watch the people enjoy the play, cheer on their team and sip their beer with equal passion; the vibe, pride, optimism and determination to have a good time are all there," Yelle said. Celebrations such as the upcoming Reggae Sumfest are another way to spread the message behind the beer, but Red Stripe will also be targeting the Jamaican diaspora and Jamaica 50 festivities.

"We are already established in the United States, United Kingdom and Canada, but there is room to grow, so we will be revamping our image abroad," Yelle said in explaining the execution of his strategy.

"We have done well in the United States, Diageo, USA, has the ability to maintain its share of the market. Business is good in South America, too, Diageo has a tremendous network that is effective," he said.

Yelle plans to position Red Stripe beer as the beverage of celebration. "When you have an occasion to celebrate, make personal connections, or when lyming with friends, it is the beer of choice," Yelle noted.

Having worked at Virgin Mobile USA/Sprint Prepaid Group as brand manager, prior to Red Stripe and observed the effects of the recession, Yelle concludes that Jamaica needs to embrace growth now rather than be afraid of being burnt. Hard times or not, his focus is to always give consumers the ultimate choice. So, if they have a good beer at an affordable price, they will buy that over a drink from a competing brand.

For the short and long terms, Yelle says: "Pride, vibrancy and togetherness are key to our strategy. Red Stripe is the beer for those who have a passion for life, and we will continue to partner with Premier League football and other events that are synonymous with what we represent," he said.