Elliot back to his best 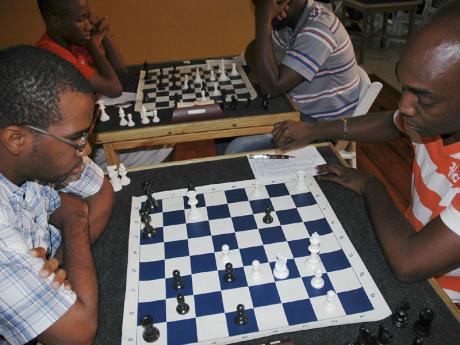 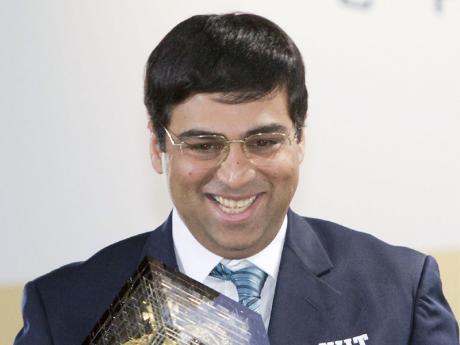 Fide Master Warren Elliot returned to the top of the podium over the weekend, following his placement off the top three in the recently concluded national championship and an extended break from active play.

FM Elliot triumphed with a score of 3.5 points in the Robert Wheeler Open on tiebreak. At the end of the four-round tournament FM Elliot, Shreyas Smith, who just recently achieved his National Master norm and Peter Thomas were locked on 3.5 points.

On his trek to the top in the Wheeler Open played at the National Housing Trust Sports Club inside that company's parking lot, FM Elliot disposed of NM Peter Myers and NM Brandon Wilson in rounds two and four. And the encounter between FM Elliot and Smith ended in a draw.

Smith continues his march towards achieving that coveted NM title with his performance in this tournament as his draw with FM Elliot and his victory over NM Davy, who tied with last year's Robert Wheeler Open winner NM Andrew Mellace as National Champion this year, should keep his rating growing past that magic 2200 floor.

As it stands with these four games, he now needs to maintain this 2200 rating for his next two tournaments and add a minimum eight games to join the ranks of Jamaican national masters. His next outing should be in the St Jago Open slated for July 7 and 8 at St Jago High School, where he will play in the six-round St Jago Open Unit.

Other winners at the Robert Wheeler Open were Nathan Hinds, winner of the Intermediate section, second place went to Elias Issa and third to Sheneal Gardener. All three ended on the same score, Rameze Thorpe finishing with a perfect score of six from six in the Amateur section. Second place went to Aulanni Kidd and third to Kyra Potter. The best rural player went to Kevron Campbell, the best female player to Women's Fide Master Deborah Richards-Porter and best junior player to Shreyas Smith.

The champoinship was forced into a rapid-play tiebreak of four games and at the end of it all yesterday, Indian Grand Master Viswanathan Anand, 42, retained his World Chess Championships title. GM Anand won the tiebreak contest 2.5 to 1.5 against challenger Israel's Boris Gelfand to secure his fifth world title and his fourth consecutive title.

July 7 and 8: The St Jago Chess Open 2012 at the St Jago High School, details and registration on website chess.stjago.com.