Panama to give Boyz another stern test 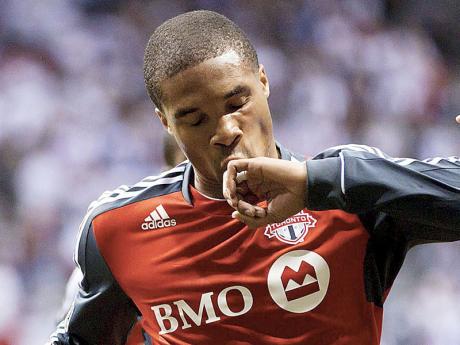 Jamaica's Reggae Boyz will be given another stern examination of their World Cup qualification credentials when they face Panama in return-leg fixture set for 9:00 (Ja time) at the Estadio Rommel Fernandez in Panama tonight.

The team left the pitch to a chorus of boos after a lacklustre performance last Sunday night, going down 1-0 to Panama at the National Stadium.

Panama's Luis Renteria headed the ball into the back of the net to give the team the crucial goal, but perhaps more of a concern was that the Boyz were unable to pull themselves level. A match which assistant coach Alfredo Montesso admits was not the team's finest, but remained optimistic ahead of tonight's friendly.

"We didn't play a good game but the keeper didn't make a single save. We missed some opportunities but we also created some," Montesso said following the match.

"There was a little bit of a lack of chemistry, some of the players, it is their first time playing together, but we see a good scenario developing.

"We working to build a strong team that will take us back to the World Cup," Montesso added.

Not many seem to share the coach's optimism, however, as a major concern for the team in recent times has been the influx of several new players and constant squad rotation. The World Cup Qualifiers will kick off next week against Guatemala at the National Stadium.

However, there will be four additions to the squad for tonight's match. Veteran goalkeeper Donovan Ricketts, striker Ryan Johnson, central midfielder Rodolph Austin and utility player JeVaughn Watson have been added with the hope of adding more strength to the team in midfield ahead of the difficult matchup. Despite a very average record against Panama, the Boyz are yet to lose a match on Panamanian soil.