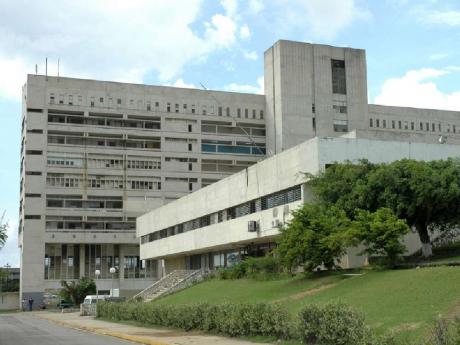 THE EDITOR, Sir:
I am happy to be able to say that for many years I have always received excellent treatment at Cornwall Regional Hospital for myself and others that I have taken there, whether in emergencies or when admitted to the wards.

The latest episode was in February 2012, while my brother, who is a non-resident Jamaican, visited me. After a long flight, he developed a painful swelling in his leg, which was diagnosed at a private clinic as a possible thrombosis needing an urgent ultrasound scan. Late on a Saturday afternoon, this had to be done at Cornwall Regional, as the private radiologist could not be located at another private facility.

We arrived at 7 p.m. Within 30 minutes he was examined by the admitting doctor, who assigned him an urgent ticket and a nurse took blood for three sets of tests. Forty-five minutes later, a second doctor examined his leg, recommended a scan and called a senior doctor to confirm her diagnoses and approve the scan.

The radiologist on duty had to be contacted to return to do the scan. He made an appointment to be there at 9:30 p.m. and arrived punctually as promised. The scan was clear. However, my brother was required to wait on the results of the blood tests, which were being processed to make sure he did not need to be admitted.

While I was there, between 7 p.m. and 12:30 a.m., the whole public waiting area in the Accident and Emergency Department was kept very clean. Twice, cleaning ladies completely swept and wet-mopped the floor and cleaned the toilets which were in excellent condition when I needed to use one.

It was a busy Saturday. Activities included a squad of police investigating a shooting and a young woman who was off her head and shouting in a religious mania. All the staff were professional and very helpful.

Later, I checked the cost of the same amount of private treatment. The total cost of the treatment and tests that my brother received would have been about J$40,000.

Thank you, Cornwall Regional! I hope that the many people who are well treated will speak up so that the complaints are not what is usually heard.