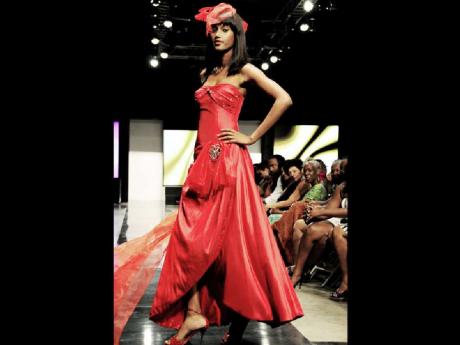 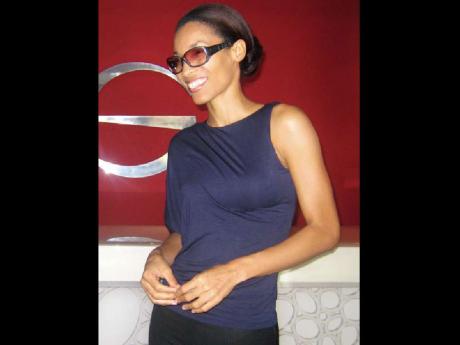 Anyone who has harboured aspirations or ambitions of working in fashion in the region for the past 12 years is likely to have had an encounter with Romae Gordon, fashion director of Pulse and Caribbean Fashionweek (CFW).

The passionate professional is currently in the throes of preparing for the region's biggest spectacle which celebrates fashion and beauty - Caribbean Fashionweek - which is scheduled for Kingston, Jamaica, June 7-11.

That Gordon plays such a pivotal role in the regional fashion industry is no surprise because according to her, she was destined to work in fashion.

The model, who has moved seamlessly from in front of the camera to directing the business of fashion and beauty, appreciates and fully embraces her responsibilities and is keen to play her part in advancing the development of an industry of which she has been a part her entire adult life.

"It is a great time to be in fashion in the region. Fashionweek is 12 years old, and we have built a solid foundation from which the industry can develop and grow in a very significant way," said Gordon.

CFW itself has been a catalyst for this growth and interest in the pursuit of fashion by various entities.

In fact, the event has spawned a number of other fashion-related activities in Jamaica and around the region.

"Young persons are looking to the fashion industry as an area in which they can pursue a viable career option, and as a consequence, there has been an increase in designers, make-up artists, and stylists in the past several years. This is encouraging as we are now able to pull from a pool of local-based talent to produce an event like CFW," explained Gordon, who had a successful modelling career before earning a master's degree in public policy with a minor in economics.

"At Pulse, we have always believed in the rich and vast scope of talent our people possess, and we have demonstrated this through our extensive search for modelling talent in Jamaica and the region. CFW began with the similar premise of bringing the fragments of the design industry together with a view to creating multiple opportunities for our designers to develop and reap the rewards that are available in the burgeoning fashion business," continued Gordon.

With the increase in interest and steady outgrowth of fashion, other aspects of the creative industry have naturally received a boost in visibility. "Because of what we do with fashion and models, there has been the strong emergence of photographers and videographers pursuing fashion shoots and related TV programming," said Gordon, who also wears the hat of TV producer and co-host of Ready for CFW, now going into its fifth season. "I feel lucky to have been able to provide a haven for persons who look to the creative arts as their calling."

Gordon is particularly keen to mention teen photographer Luca Khouri, who she has mentored for the past year and whose work has gone on to win international awards.

Under her direction, scores of new designers have had the opportunity to present their work on the most important fashion stage in the Caribbean.

"We have a wealth of talent in the region and beyond in our diaspora, and it is gratifying to open possibilities for persons who wouldn't be able to produce their own fashion shows."

As CFW's fashion director, Gordon naturally assumes the role of mentor and adviser to designers who want to realise dreams of presenting their work in a word-class professional space.

"We provide all the elements that are required to mount an excellent runway show for the designers."

In order to execute an event on the scale of CFW, Gordon says she directs a team which comprises local and international make-up artists, hair and fashion stylists, as well as other industry professionals, to ensure a high-quality production.

According to Gordon, "The marketing opportunities available for designers at CFW are quite significant and we work with them to take advantage of this."

The CFW schedule includes workshops and seminars featuring fashion-industry experts as well as buyer matchmaking opportunities. Access to the local as well as an international media pool that travels to the event is also another key feature that designers can take advantage of at CFW.

For Gordon, the process of pulling all the elements together for a fashion spectacle of this scale is exhilarating.

The coordination requires working long hours in order to liaise with personnel in different time zones. This is but one aspect of the production.

"I could go on for a while speaking of the myriad aspects of mounting CFW," said Gordon.

Caribbean Fashionweek will be held in Kingston, Jamaica, June 7-11, and will feature R&B star Brian McKnight and Grammy-award winning singer, Estelle, among others.

The major fashion collections will be presented at the National Indoor Sports Centre from Friday, June 8 to Sunday, June 10.