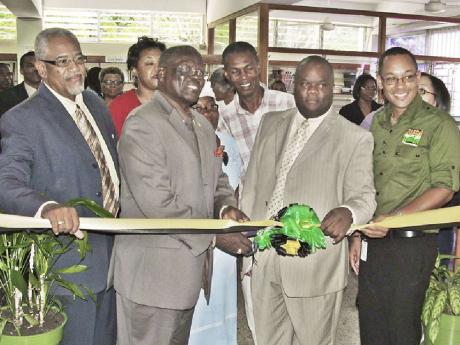 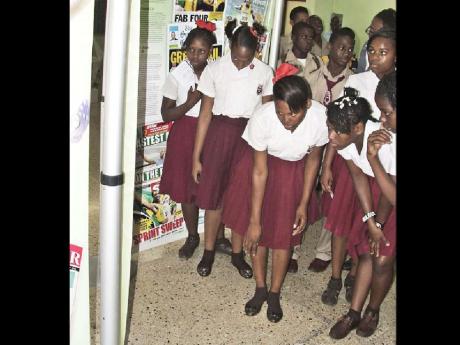 Students of Ferncourt High School view the the Gleaner-Scotiabank Archival Exhibition: The Journey of Champions - 50 years of Athletic Excellence at the St Ann Parish Library in St Ann's Bay on Wednesday 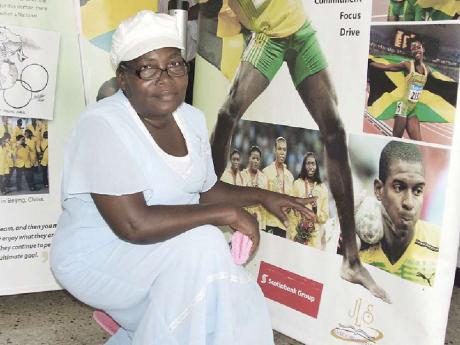 That's my daughter! Larose Williams touches the image of her daughter Novlene Williams during the Scotiabank-Gleaner Archival Exhibition at the St Ann Parish Library in St Ann's Bay on Wednesday
1
2
3

"We chose to showcase material from The Gleaner's extensive archives about Jamaica's rich athletic history because this is the year of the London Olympics in the summer, and this is the year of our jubilee," Barnes told the gathering at the St Ann's Bay Parish Library.

He continued: "We hope through this exhibition to bring one of Jamaica's most important and most inspiring post-Independence stories to people of all ages islandwide. Particularly, we want the young people to be aware of the past.

The exhibition is the fifth of six to be staged across the island in addition to one each at Boys and Girls' Champs and National Trials in June.

Wright said Scotiabank was proud to be partnering with The Gleaner and the Jamaica Library Service to present the exhibition.

"We want to ensure that our future in track and field remains solid," he told the audience.

He took the time to mention other areas in sport in which Scotibanak is involved.

Larose Williams, mother of Novlene Williams, Olympic 2004 silver medallist in the 4x400 relay, attended the opening of the exhibition and was proud to see the photograph of her daughter being counted among the illustrious names in Jamaica's rich track and field history.

"She has made me proud over the years, and I'm looking forward to her coming out victorious this year," Williams told The Gleaner. Williams said she used to compete as a child and never got beaten, and, no doubt, Novlene inherited her talent.

"I won many medals when I used to run in Trelawny. I'm from Duanvale, just nine miles from where Bolt lives in Sherwood Content," she explained.