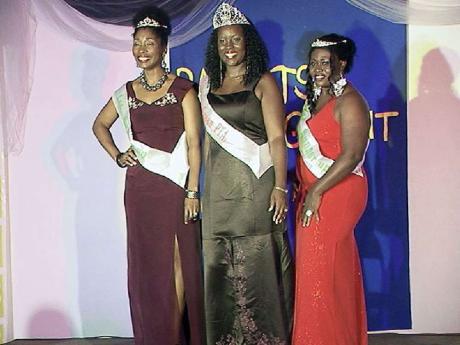 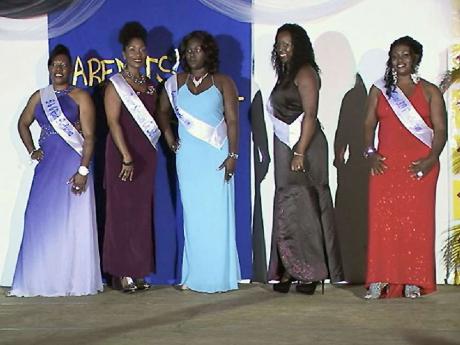 WITH CHARM, talent, and beauty, parents of the New Green community have dismissed persons who harbour negative thoughts about the area with the staging of a 'parent pageant' at the community centre last weekend.

New Green, one of Mandeville's oldest residential areas, like many less-affluent communities, was an example of neglect by those responsible for governance, receiving attention mostly by mounting demonstrations or during election time.

Now one of Mandeville's thriving communities, crime is almost a thing of the past; however, its old image has lingered on in the minds of many. With this in mind, the parent-teacher association (PTA) of the New Green Primary and Junior High School, headed by Jacqueline Howell-Campbell, organised the staging of a concert and talent show, with the parents as the performers and contestants.

With visitors, including politicians from across the parish in attendance, 10 parents, mindful that they must set good examples for their children, strutted on stage with dignity and class fit for any audience. Proving that entertainment void of lewd lyrics, sexually explicit gyrations, and other frowned-upon behaviour can be truly entertaining, the PTA members had the hundreds of patrons fixated throughout the evening's affair.

Campbell told The Gleaner, that it was "heart-warming" to see the level of support the PTA received from the GraceKennedy-owned Jamaica International Insurance Company as well as shipping company Shipwize, and a host of other small companies around the community. Other members of the PTA, however, expressed disappointment that other businesses, which benefit substantially from the community's buying power, did not see it fit to lend their support.

Vice-president Clover Tyndale, who described the event as a success, said the show exposed the community as one inhabited by residents who put a premium on high ethical and moral standards for their lives.

The funds acquired from the event will be used to purchase musical instruments for the New Green Primary and Junior High School.

At the end of the show, Sasha-Gay Dixon was crowned PTA Queen 2012. Millie Rochester and Sharlene Williams copped the first and second runner-up prizes, respectively. They all walked away with large sums of cash, appliances, and other prizes. Dixon received an additional prize of a scholarship to attend the Mandeville Tutorial Institute where she will be studying mathematics.