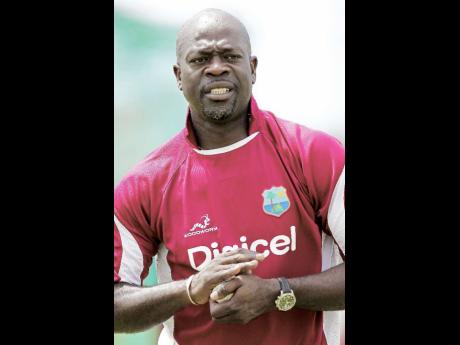 Crushing defeats to England Lions and in Tests at Lord's and Trent Bridge have left the Caribbean side in disarray, and Gibson said the fixture would provide the opportunity for his players to regain their balance.

"I think self-confidence is the element that's lacking at the moment," said Gibson.

"It's not that we cannot [play well] because we have seen passages of play, where we have done it, but we have not been doing it consistently.

"This is the key - trying to find that consistency of play that will make us more of a threat and a challenge, putting us closer to winning Test matches."

West Indies lost the four-day tour match against the Lions - England's A side - by 10 wickets before going down by five wickets in the first Test.

They were then trounced by nine wickets inside four days in the second Test in Nottingham last week to fall behind 0-2 in the three-Test series and concede the Wisden Trophy again.

With the third Test starting in less than a week, Gibson said it was important the Windies maximised their time in the middle.

"It's about them finding that feel-good factor heading into the next Test," he said.

"We have been competitive in the two Tests and there have been passages of play where we have been excellent.

"But our batting has left us a little short. Hopefully, they can spend some time in the middle and work to build their confidence."

Several players, who have been watching from the sidelines, are expected to get their first taste of action of the tour and will be looking to impress Gibson.

The left-handed Guyanese duo of Narsingh Deonarine and Assad Fudadin, along with fast bowlers Tino Best, will all be on show with the hope of squeezing their way into the final XI for the third and final Test at Edgbaston.

"On a short tour like this, it is important to give everybody an opportunity to have a hit. They have not played yet and some of the others are due a break," Gibson pointed out.

"Tino has looked pretty good and has worked pretty hard, so I am really looking forward to seeing him bowl, and Fidel (Edwards) has shown a lot of really good signs of getting back to his old self.

"They have bowled excellently in practice. Hopefully, these two guys can spearhead the attack in this game and put themselves in the frame for the Test as well."

Edwards played in the opening Test but missed the second last week, and is now tipped to return for the final encounter, especially with pacer Kemar Roach ruled out of the tour with injury.