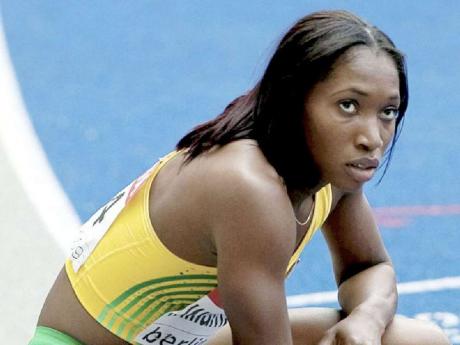 World leader in the women's 400 metres, Novlene Williams-Mills, will be the top Jamaican athlete on show at today's Prefontaine Classic, a Diamond League event, in Eugene, Oregon.

Williams-Mills, with a season best of 49.99 seconds, will be looking to maintain her 2012 dominance over American Sanya Richards-Ross and last year's World champion Amantle Montsho of Botswana. The Jamaican beat Richards-Ross (season best 50.11) at the May 5 Jamaica Invitational before defeating Montsho (season best 50.52) in the Shanghai Diamond League meet.

On both occasions, Williams-Mills came from behind to whip her rivals and her tactics today will be closely watched. Jamaica's Shericka Williams, a 400m silver medallist in the 2008 Olympics and 2009 World Championships, will also face the starter in the event.

The glamour event will definitely be the men's 100 metres. Jamaica's big guns Usain Bolt and Asafa Powell are absent so Nesta Carter and Nickel Ashmeade will have their hands full holding off top Americans Justin Gatlin and Walter Dix. Gatlin has already run 9.87 this year to beat Powell in the Doha Diamond League meet and will be the man to watch. Carter's best this season is 10.05 in that same Doha race while Ashmeade has a 9.97 season best. Dix has not run a 100m race this season but has a personal best of 9.88

Jamaica will not be represented in the men's 400m where World champion Kirani James of Grenada faces top Americans Lashawn Merritt and Jeremy Wariner. Merritt is the world leader with 44.19 in Doha, James has a season best of 44.72, while Wariner has done 44.96. The other man under 45 seconds in the field is American Angelo Taylor with 44.97.

Anneisha McLaughlin (season best 22.87) will be the only Jamaican in the women's 200m where Americans Allyson Felix and World 100m champion Carmelita Jeter are the leading contenders. Felix has run 10.92 in the 100m but is yet to face the starter in the 200m. Jeter's best over the half-lap distance this year is 22.31.