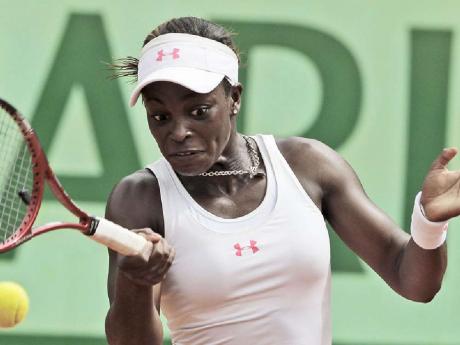 Again far from his best, Roger Federer still managed to win at the French Open. Novak Djokovic and Victoria Azarenka, the top-ranked man and woman, had much easier paths.

Federer, the 2009 champion at Roland Garros, was pushed to four sets yesterday for the second straight match, this time beating Nicolas Mahut of France 6-3, 4-6, 6-2, 7-5 in the third round.

"I think for bigger guys it's about if you're able to move them around enough and they have to defend time and time again, this is maybe where you can expose some of their weaknesses potentially,'' Federer said. ''I thought he did well. (I) struggled a little bit, but overall, obviously, I'm happy I came through.''

Federer improved his record number of Grand Slam match victories to 235. The 16-time Grand Slam champion is trying to become the first man over 30 years old to win a major title since Andre Agassi in 2003 at the Australian Open.

For Mahut, it was the first time he won a set against Federer in four matches.

"I was believing in it. I was maybe a bit nervous going into that centre court, but this went well," Mahut said. "But I'm disappointed, because you always want to do better. Disappointed I didn't win that fourth set."

Djokovic also advanced to the fourth round, extending his Grand Slam winning streak to 24 by beating Nicolas Devilder of France 6-1, 6-2, 6-2 in a match that ended just as the sun was setting.

"Last 15 minutes was very hard," Djokovic said. "It was very important for me to finish the match today. I wouldn't like to come back tomorrow and play a few games."

No. 5 Jo-Wilfried Tsonga of France, No. 7 Tomas Berdych of the Czech Republic and No. 9 Juan Martin del Potro of Argentina also won, while No. 11 Gilles Simon lost.

Sloane Stephens of the US reached the fourth round, beating Mathilde Johansson of France 6-3, 6-2. Of the eight teenagers in this draw, the 19-year-old Stephens was the only one to even make it to the third round.