Austerity and economic growth for Jamaica 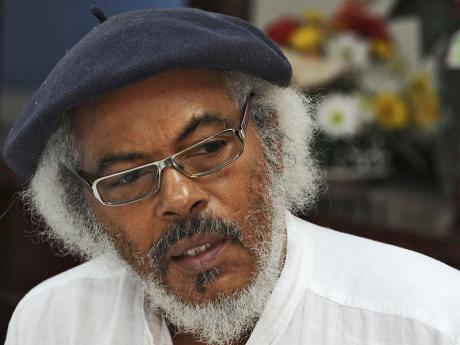 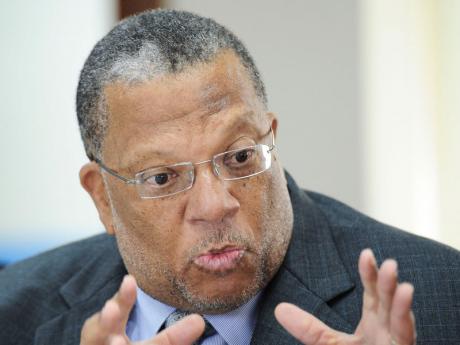 Finance Minister Dr Peter Phillips has come under increasing pressure to backtrack on some tax measures which various sector interests believe will hurt consumers and industries. But the minister insists that Jamaica can no longer run from austerity, which is key to reducing the debt. -Ricardo Makyn/Staff Photographer
1
2

Economists and policymakers in Europe are divided over whether public policy should pursue austerity or economic growth for countries in the current recession. With the election of the pro-growth François Hollande to the French presidency, there has been daily speculation in the press about an imminent clash with the pro-austerity German Chancellor Angela Merkel.

The immediate concern is the Greek economy, but because of the contagion that can spread through the integrated European banking system, the concern is also for the economies of Italy, Spain, and Portugal, and, by extension, the whole European Union. At the recent G8 meeting, President Obama sided with the pro-growth forces, isolating Chancellor Merkel into apparently softening her position on Greece somewhat.

The argument for austerity is that the State must reduce its deficit by cutting expenditure to match the public revenues. Public revenues have been either stagnant or declining because the economy has been contracting in the global recession. Recession means that economic activity slows down, employment and incomes decline, and with them, taxes also decline. The pro-growth criticism of the austerity approach is that reduced public expenditure will cause further contraction of the economy and reinforce the tendencies for recession. In the worst-case scenario, the downward spiral of the economy continues.

The situation in Greece is already very bad, with unemployment at almost 22 per cent and social services cut drastically. There are daily horror stories of extreme hardships being faced by the Greek people. The Italian unemployment rate is still only about 10 per cent, but the economy is quite fragile and investor confidence is weakening, as is evident in the rising cost to the government of borrowing.

The situation in Spain is much worse, with the unemployment rate estimated at about 25 per cent. Five of Spain's banks were downgraded recently by Standard and Poor's, and its fourth-largest bank is seeking a bailout of about US$23 billion. Italy and Spain already have governments committed to and implementing austerity programmes.

The current Greek political crisis turns on whether the new government will support the austerity programme that had been agreed by the previous administration as a condition for a German-led bailout fund. While the economists and the policymakers argue, the personal tragedies of households are mounting, and all four countries have been experiencing popular demonstrations against the cutbacks in public expenditure.

By contrast, the pro-growth argument proposes expanding public expenditure with 'stimulus packages'. That is, increased government expenditure of the appropriate type - generally, public investment in infrastructural maintenance and construction - will expand incomes and consumer spending, which, in turn, will stimulate private investment to meet the demand for goods and services.

Higher incomes will also lead to increased payments by taxpayers, which can offset at least some of the deficit caused by the original government spending. In this case, the economy begins to recover from recession, and the spiral is upward in a renewed process of growth.

Part of the recent robust economic growth of China, India and Brazil is caused by the pro-growth posture and fiscal commitments that have helped these economies escape the recessionary tide sweeping the globe since 2008.

This was the theoretical issue with which John Maynard Keynes, the famous English economist of the 1930s and 1940s, engaged the traditional orthodox neoclassical economists. The triumph of his ideas was in part linked to the success of public expenditure under the New Deal policies of the government of President Roosevelt in stimulating the recovery of the USA economy from the Great Depression. For the next 40 years, the Keynesian revolution in economic thought guided both economic analysis and public policy, especially with respect to issues of economic development.

Neoclassical orthodoxy, however, began to regain respectability in the USA and the United Kingdom in the 1970s with the support of the political programmes of Reagan and Thatcher, and by the 1990s, it had re-established its hegemony of economic thought. It spawned the ideology of neoliberalism and the associated economic development strategy called the Washington Consensus. Many of the ideas were first tried out on Jamaica in the 1970s to counter the attempt to chart an alternative path to dependent capitalism.

The debate between proponents of austerity and proponents of economic growth has also framed the discussion about the 2012-13 Budget in Jamaica that was recently tabled by the minister of finance and planning. Finance Minister Peter Phillips defended the austerity approach on the grounds that the Government had to curtail expenditure to levels that would meet the approval of financial markets. That is, given the recent failed IMF agreement, Jamaica needed to restore the confidence of the financial markets by containing the deficit, and committing itself to a range of fiscal reforms.

Containing the deficit requires trimming Government's expenditure, except for debt repayment, which is given priority over everything else.

The proponents of economic growth anticipate that this will tend to contract the economy, taxes will be less than projected and, ultimately, the Government will not be able to achieve its deficit targets anyway.

The Government shares this concern as well. Its critics cite the contractionary nature of the Budget to call for cuts in public-sector employment, to counsel reducing debt payments, to propose a slower adjustment of the fiscal deficit for the IMF agreement being negotiated, or to enhance the efficiency of public expenditure, depending on their political and/or ideological perspectives. All are united in the recognition that economic growth is necessary for economic development and probably political stability and social peace.

The anticipated IMF agreement is expected to trigger funds for budgetary support from multilateral institutions, primarily the World Bank and the IDB, and bilateral flows from the EU and others. As with the expenditure from revenue, the Government should maximise the efficiency and effectiveness of each dollar of international assistance that it spends. Efforts to streamline administrative processes as envisaged in the MOUs between the Government and trade unions representing public-sector workers should be accelerated. It will take a lot of political skill and goodwill to secure the cooperation of public-sector workers against the background of a wage freeze and fractious relations with the last Government, and in the context of a current wage freeze.

The only other sources of financial stimulus for the economy are foreign and domestic private investment. It is imperative that the Government does everything in its power to facilitate investment flows, especially in areas of export potential and/or the creation of employment. The urgency requires an approach of treating investment projects on a case-by-case basis, sequenced by their readiness and potential impact, instead of trying to formulate a general approach to facilitating all investments under all circumstances. Put bluntly, the Government should select the projects with the highest priority, and facilitate their smooth and quick passage through the bureaucracy.

In doing so, the authorities have to anticipate how each project will impact the economy. At a recent SALISES conference on climate change and agriculture, a senior executive of COMPLANT, the Chinese company that has invested heavily in sugar, made a case for support from the Government by way of allowing the imports of cheaper chemicals, machines and other inputs from China for cane production. The Government has to balance the gain to cane production from cheaper inputs with the loss to the importers, the distribution sector and its own coffers, in both the short and the long run, if cheaper Chinese imports displace traditional sources.

Similarly, the mining companies have been calling for an urgent strategy to reduce energy costs as a condition for the expansion of the output of bauxite and alumina. While the transition to a new mix of energy sources will take time, the Government must start the process now.

It is well known that construction costs are significantly impacted by the length of time to process approvals. Some progress in reducing red tape has been made by the Jamaica Chamber of Commerce's 'Legs and Regs' project that entailed "the surveying of regulations, legislation and processes which impede the efficient administration of business processes". The immediate challenge is to transcend and speed up even these revised processes for the selected high-priority projects that meet the criteria of employment and income generation, and foreign-exchange earning.

Simultaneously, policymakers, leading technocrats and bureaucrats must find time to address the business and survival needs of small and medium enterprises. This subsector is both an important employer and a private pillar that supports the social safety net. Small farmers need markets for their produce, and small manufacturers and service providers in the Kingston Metropolitan Area and other urban centres need even temporary relief from tax and other regulations. These forms of support come to mind immediately, but the most effective interventions should be selected on the basis of proper research into the subsector's needs.

Too often, the Government delays action until a policy is found to cover all possibilities, instead of acting on the known issues while the policy is being fine-tuned. I recall the unwillingness of the authorities to implement exchange controls until policies that covered all eventualities were settled, while a handful of traders were pursuing their own interests, and in the process, drove down the value of the Jamaican dollar.

One advantage of a small society is that the number of instances that require government intervention are small. Governments can and should act on these rather than wait to formulate general solutions that may be elegant but impractical.

In Jamaica today, the dilemma of either austerity or growth has to be recast as a synthesis of both austerity and growth, especially since the Government has already conceded to the austerity and other pro-cyclical policies of the IMF. New and different as the IMF claims to be, its policies do not promote growth. It continues to expect that growth will come spontaneously from the investments by profit-seeking, innovating entrepreneurs hunting opportunities in free markets. Our entrepreneurs will need a bit of hand-holding and other forms of support to take the risks that are involved in investment. With a little bit of imagination, and lots of action, our political and business leaders can and must chart a path of economic recovery and social stability.