Reggae goes missing from the dancehall 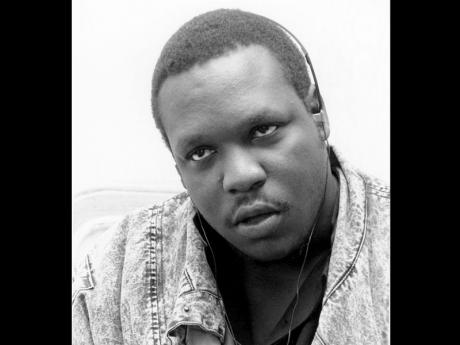 Jamaica is internationally recognised as the birthplace of reggae and dancehall music, the latter delivering the more flashy uptempo sound, while the former targets the spiritual and Afrocentric followers with slower, sometimes sultry beats.

However, with the competitive nature of Jamaica's music industry, the two genres seem to be fighting for existence in the dancehall. Reggae is losing.

The Sunday Gleaner spoke with reggae artiste Warrior King, and according to the Virtuous Woman singer, local disc jockeys are killing reggae music.

"Dem selector yah a kill the music where it come from. Reggae music is the foundation and it should be included in the juggling like any other genre. A lot of foreigners have been asking me 'why when they come to Jamaica they don't hear reggae music?' When I am abroad it is different because it is played in the dancehall in Trinidad, California and Europe," Warrior King said.

According to the artiste, Jamaicans do not appreciate reggae, and may only realise the effect of their disregard when reggae has left our shores.

"Dem seh 'di cow nuh know the use a him tale til it gone.' Dats why the youth a get suh crazy because dem naah get nuh roots. Reggae music keep people calm. Look how Bob Marley, Culture and Dennis Brown work hard to keep reggae alive ... all we need to do is spread the music across the board, 15 minutes of dancehall,15 minutes of reggae and 15 minutes of hip hop. Reggae is not dead because you have established people like Akon doing a reggae album," he said.

Veteran reggae producer Bobby Digital believes disc jockeys in the dancehall are busy trying to please themselves instead of helping to develop the music industry.

"I don't think reggae is getting a fair chance to prove itself in the dancehall. These guys playing the music are just trying to please themselves to get a forward; it's only for their own gain. How are we going to expose new talent if we don't hear the artiste?" Digital asked.

According to the producer, who has done work for artistes of massive stature - Sizzla Kalonji, Shabba Ranks, Morgan Heritage, Anthony B, Cocoa Tea, Super Cat and Garnett Silk, making up some of that number - reggae music production has not decreased. However, the songs are not getting a chance to develop locally.

"For the past six to seven years, I have been making music but they don't get much attention here because they are not willing to let something new through the gate, and if you don't listen to music, you cannot know what it is," he continued.

"We need to recognise what we have and learn to nurture it. Until we do that, then dog nyam wi supper. Teach the youth dem music from school so they can have an early exposure, because I have seen reggae artistes from overseas who are even better than some out here," he said.

According to him, upcoming DJs lack mature experience.

"We need more reggae. We need to put more into reggae. Recently, people like Christopher Martin and Busy Signal put out reggae albums - even Mr Vegas; we need more of that," he continued.

"Some DJs just wake up and seh dem a selector, dem nuh really have no experience. I am coming from vinyl days so I know real music. That is why I always play reggae songs from people like Sizzla in my juggling," Supa Hype said.

Supa Hype also said taking on the profession of music was like going to school.

"DJs, do your homework. Try different genres for different segments. You can't just do the same thing every week," he said.

The selector went on to say he would be releasing an exclusive reggae project - featuring Gyptian, Lutan Fyah, among others - as evidence that he was willing to lead the change.