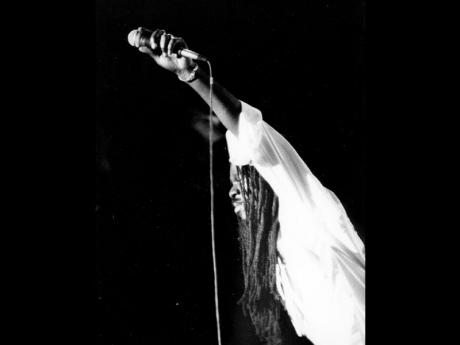 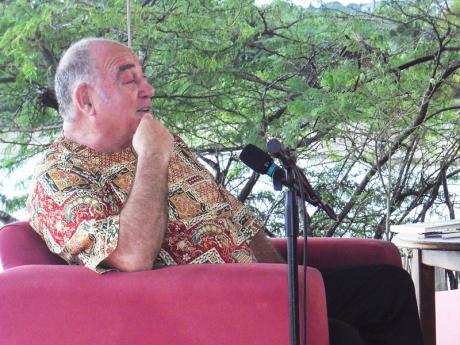 Ronnie Kasrils speaks about his life as a revolutionary

Talk of apartheid, guns and a struggle for freedom aren't what you would expect from a weekend at Calabash, but that was a big part of what patrons got at this year's staging.

Ronnie Kasrils was one of the featured writers at the open-interview segment with Paul Holengraber at the Calabash Literary Festival.

In the interview, he gave an overview of his journey in the struggle for liberation from apartheid with his late wife and companion in the struggle, Eleanor.

Kasrils, a South African national, was once on the government's wanted list, where he was described as 'armed and dangerous', but survived long enough to give the audience at Calabash an account of the struggle from where he stood.

He said an acquisition of a revolutionary awareness began during childhood. He grew up in a Jewish household just after the Second World War. He told the audience that his grandparents had fled from the Russian empire.

His further understanding of the idea of revolution was articulated by his mother, who made the analogy with the persecution Jews faced in Europe with that of the blacks in South Africa.

At school, this realisation grew when he was tutored about the French Revolution and learnt the ideas of liberty, equality and fraternity. He embraced those ideas.

Outside of the familial and theoretical examples, he said that the treatment of blacks appealed to him as a human being, made him sad, and depressed. He explained that the images of black poverty, police profiling and segregation were disturbing to him.

This led Kasrils to become involved in the African National Congress (ANC), where "he fought because there was no recourse in South Africa peacefully".

According to Kasrils, there was no way for peace unless those proponents of apartheid were "met with bullets".

He became a member of the liberation ANC army but had to flee, along with his wife, to England in 1963.

Though the couple remained in exile for 27 years, they continued to work with the underground movement.

Responding to the query about Jamaica's involvement in the fight against the apartheid system, Kasrils said Jamaica's support was recognised in the ANC. He stated that the trade embargo, which Jamaica undertook against South Africa in 1957, "electrified South Africa. Although actual trade was limited, it is the stance in principle that made the British furious because they understood the moral power of the embargo".

Kasrils explained that his Jamaican connection became personal during the struggle, because in 1958 when he went to Angola to support the ANC, his wife sent him music, including reggae.

Also of significance is the fact that Jamaica was one of the first countries that Nelson Mandela visited upon his release.

He also exalted Michael Manley's contribution to the fight against apartheid.

Kasrils did a reading from one of his books, The Unlikely Secret Agent - a memoir of his wife Eleanor. He said the book came out of his grieving process after losing his wife suddenly.

He said that his objective was twofold: one was to give his late wife a voice, and to tell people "when they have to sacrifice for a moral cause they can find incredible courage and strength". Holengraber asked him about his thoughts about the current state of the world. Kasrils said: "This is a difficult time for the world. We are in a sea of aggression; it is a revolutionary imperative to be optimistic as human beings will have hope in their hearts because you cannot live a life without hope."