Story Of The Song:Boxing a musical contender 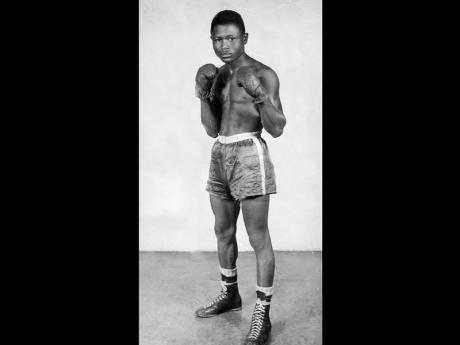 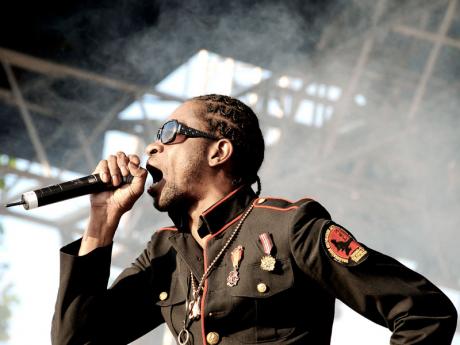 Cornel Campbell's Boxing is a Jamaican song that bears the title of the sweet science of attempting to pound an opponent into the canvas within three minutes, while hopefully avoiding being thrashed oneself and sneaking in stuff that the referee won't call foul on.

There is another box in Jamaican popular music that has nothing to do with gloves and ropes. In the song Tan So Back, Professor Nuts is faced down in a physical confrontation with his girlfriend, who later tells him that she was boxed (as in slapped in the face) by a man. When they go to the man, Nuts repeatedly tells the man, "If yu tink seh yu bad bway, box har again". And, duly, "Bow! De bredda box har again".

Which is what the deejay wants, as he cannot fight the lady himself.

In a country where boxing has a long history (those of a certain vintage will remember Thursday Night at the Fights, hosted by Keith Brown, Lucien Chen's boxing promotions, George Foreman pounding Joe Frazier in Kingston in 1973, and the woman who hollered "Lick him Shrimpy!" to flyweight standout Richard Clarke in the late 1980s) - in the pugilistic sense it has had its moments in the musical ring.

And don't forget that this is the country which produced world heavyweight champions in Lennox Lewis and Trevor Berbick, via England and Canada, respectively.

The latter is remembered most as the man Mike Tyson whupped in November 1986 to become the World Boxing Council champ, the images of Berbick staggering around the ring famed in world sporting history. Berbick, who had held the title for only a few months after beating Pinklon Thomas in March 1986, was the last man to beat Muhammed Ali before the champ of all champs hung up his gloves.

Lewis also fought Tyson, but with much different results. In 2002, Lewis knocked out Tyson in the eighth round.

Jamaica-born welterweight Lloyd Honeyghan, who destroyed the much-touted Donald Curry in September 1986 to win the world welterweight title, and Simon Brown, who won world titles in the welterweight and middleweight classes, were successful in the 1980s.

Two standout boxers from 'yard' have had their names etched into the pop-music format where, incidentally, a record is generally just over the three-minute length of a boxing round. They are from two different eras - George Leslie 'Bunny' Grant, the first Jamaican to challenge for a world boxing title, and Mike 'The Body Snatcher' McCallum, Jamaica's middleweight darling of the 1980s.

Grant figures as a role model in Alton Ellis' Dance Crasher, the admonition to "be a gentleman/you could be a champion/like Mr Bunny Grant" coming in the latter part of the 1960s when tributes to the rude boys were in vogue. Ellis, bemoaning the actions of the 'rudies' who would invade dances, requested, "don't break it up/please don't make a fuss".

He advised them to "go to a gym/get yourself in trim", this coming after he spoke against the use of the knife.

Grant may have been known as a gentleman, but in the ring he was a fierce competitor. Grant fought for the world junior welterweight title against American Eddie Perkins in April 1964, losing on points. Just before Independence, on August 5, 1962, Grant beat England's Dave Charmley at the National Stadium to take the British Empire lightweight title, and at 22 years old was named Jamaica's first Sportsman of the Year.

In 2005, Grant was honoured with the Order of Distinction in the rank of Officer.

With a slew of Sportsman of the Year awards, McCallum made it into the musical hall of boxing fame through deejay Josey Wales, who encouraged national fervour and individual pride with "make we big and strong like Mike McCallum".

Wales seems to be a big boxing fan, as he refers to Mike Tyson in his lyrics about the Love Triangle involving Beenie Man, Bounty Killer and D'Angel.

In the song, Josey takes a phone call from Bounty Killer, who is complaining about Beenie Man's relationship with his ex-girlfriend D'Angel. Josey Wales tells Bounty:

"Oh no Killer, it couldn't happen to me

All now my woman woulda up inna UC

Bounty Killer has had his boxing moments as well, declaring that bad man "no fight fis' to fis', we lef dat to Tyson".

And in a 2007 interview, after one of their many spats, Bounty Killer outlined the results of a hypothetical boxing match-up between himself and 'Betweenie Man' in humorous terms:

"An mi nah boots no violence, but if it should go to one on one, if you put me an Beenie inna de ring, take off all we jewel and put we inna two boxing glove, mi kill him. No Rasta gyal cyaah fight de general. I don't wanna go there."