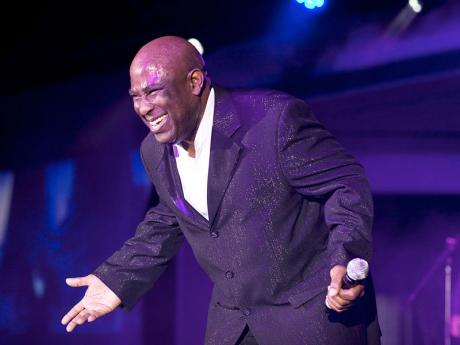 The United Kingdom-based legendary Jamaican soul singer Jimmy James who ruled the airwaves with his hit single Come To Me Softly in the 1960s, will raise the curtain on the Jamaica International Ocho Rios Jazz Festival. The glamorous opening night of the Jazz In June series is slated to take place at the Courtleigh Auditorium in Kingston on Saturday, beginning with cocktails at 7 p.m.

James, who has been absent from the Jamaican stage for a while, continues to bring audiences to their feet with his scintillating performances on the cabaret circuit across the United Kingdom and other parts of the world.

As one international entertainment magazine puts it: "Besides possessing a great voice, a large slice of his appeal is Jimmy's onstage persona. With his boundless energy and continued ability to rouse an audience into a good-time mood, he is one of the masters of the stage".

According to Myrna Hague, Jamaica's leading lady of jazz and festival director of the 22-year-old authentic jazz festival: "Jimmy is one of those entertainers that just lights up a stage when he performs. I can't think of a more appropriate time to bring him back to Jamaica when we are celebrating 50 years of Independence ... this is going to be really special."

Joining in the Jamaica 50 celebrations, the festival will be focusing on the country's musical traditions over the year with a touch of mento by the vibrant Energy Plus Mento Band.

Coming to Jamaica for the first time, under the patronage of His Excellency Antonio F. daCosta E Silva, will be the nine-member Brazilian band Ba-Boom, which promises to unleash an explosive mix of samba, jazz and reggae during opening night.

Also on the line-up for the Jazz in June opening night are staple performers such as the Jamaica Big Band, songbird Karen Smith, Marjorie Whylie, Desi Jones. Musical arranger Ralph Holding Jr who will be making his second appearance on the event's opening night.

After a night of musical bliss on the opening of Jazz Week, patrons may partake of a sumptuous feast of food and music at the Jazz Brunch at Hotel Four Seasons on Ruthven Road, on Sunday, June 10.