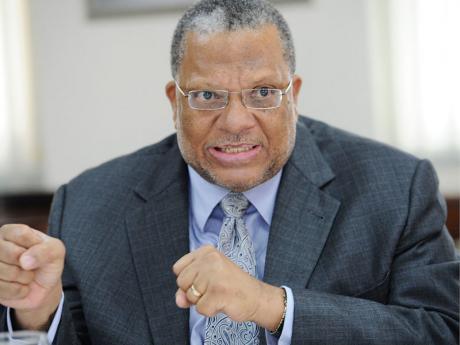 Finance Minister Peter Phillips, who has called for a new era of political trust, has been roundly criticised for his $23-billion package.- Ricardo Makyn/Staff Photographer 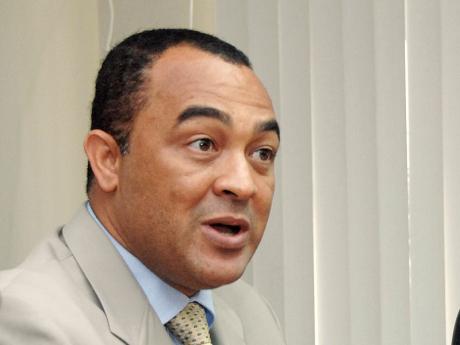 "The real challenge of our politics is to be able to debate more of the things that are of national interest and subordinate the partisan competition, which just allows everybody to take the easy populist route. No doubt there's a great trust deficit between the population and the political Establishment for understandable reasons ... ." - Dr Peter Phillips, The Gleaner, May 30.

It appears to have taken Dr Peter Phillips the appointment as minister of finance, perhaps the most difficult job in Jamaica today, to recognise that there is a lack of trust between politicians and the Jamaican people. Better late than never, some may argue.

So Dr Phillips should have expected Jamaicans to express upset and discontent at his historic tax-package Budget presentation after the many promises made in the lead-up to the December 2011 general election. Similarly, he should have anticipated that political watchers, including the opposition party, would conclude that the Government deserves the criticisms levelled against it.

One does not have to look beyond one's immediate environment to recognise that, from special-interest stakeholder groups to the average man on the street, the air is filled with criticism and cynicism towards a Budget that is likely to make the majority of Jamaicans worse off. This may have brought an abrupt end to the hopes of those who felt there would be good times ahead once they voted out the 'green man'.

Audley Shaw's response to Phillips was sober. He credited Phillips with advancing the challenges faced by the country, but was critical of his prescription for solutions. The $23-billion revenue package for the fiscal year is unlikely to be achieved, and in the process, the poor and the vulnerable will have it increasingly difficult, Shaw said. Additionally, the social safety net has not been expanded or arranged to compensate for the fallout, he argued. The Government's 'working poor' terminology is likely to come into sharp focus in the months ahead and, as Shaw suggests, they are likely to feel betrayed by an election campaign promising to make them better off but unlikely to do so in this Budget.

There are serious questions as to whether the Budget can hold. When debt payments are factored and past and projected inflation levels, the Government will have less money to spend than it had last year. And again, as Shaw suggests, plan on a supplementary later in the year, a usual feature of our budgetary process.

All this is not to suggest that Dr Phillips had an easy task. In fact, one could argue he was batting on a sticky wicket. It is he who has been asked to announce the tough decisions, having had the decision discussed and taken by his Cabinet, and, therefore, it is he who will face the bulk of the criticisms. Given what lies ahead, the finance minister may be held out later as the sacrificial lamb in an attempt to save his party and Government. He should be mindful of that.

Putting Dr Phillips aside, the more fundamental point is that the Portia Simpson Miller administration set itself up when it campaigned for government late last year, using election rhetoric and unrealistic promises without considering fully the nature of the problems the country faced. If that was not the case, having understood the challenges, they chose deliberately to ignore them in the interest of political expediency. It is what Dr Phillips described as the real challenge of our politics - debating what really matters to the country and avoiding partisan political rhetoric on the serious issues that count.

A Deficit of Frankness

When Andrew Holness spoke of "bitter medicine" on the political platform in Mandeville that fateful night, he not only betrayed the political norm of promising 'milk and honey' during election time, but he also sharply distinguished himself and his party from the Portia Simpson Miller-led People's National Party (PNP) calling on the electorate to chase out the 'green man' for a PNP government in exchange for reduced taxes on electricity and the provision of more relief for the working poor.

There are many today who still argue that then PM Holness was too frank with the realities of the country and his party may have paid the ultimate price for his honesty.

The PNP, on the other hand, took the Omar Davies approach to 'run wid it' and solve the problem when they get there. In hindsight, I wonder which of the two statements Dr Phillips would endorse today?

It is clear from his statement that the challenge with us politicians is to strive to be sober on issues of governance while we are in government, as we are when in opposition! To engage in frank discussions on the reality of our situation while we are campaigning for political office, just as we are forced to do when we have been elected to that office.

Dr Phillips' statement this week on trust deficit will cause people to be even more cynical if he is not prepared to accept that he and his party have been more part of the problem contributing to this trust deficit and less part of the solution through political lectures on good governance after the fact.

Can Peter cross it?

While I credit him with an attempt at political honesty and frankness on trust, the big question is, will he and his Government make this a mantra for all future political discourse?

Can he convince PM Simpson Miller when she speaks this week to admit that, while she has been a main advocate for the poor and disenfranchised, her rhetoric must be balanced with a sober message on the fundamentals of economic growth and development, which includes fewer handouts?

Can Peter convince his colleagues to be as forthright with the Jamaican people while in opposition as he is now attempting to be as minister of finance?

No one expects a docile political- campaign environment. Our political process will always have festivity and rhetoric as part of its campaign. But even in the cut and thrust of our democratic process, there should be more time reserved for critical issues affecting the country and an abandonment of promises that are unrealistic or deleterious to economic growth and development.

So if, in fact, it has taken Dr Phillips an appointment to the post of minister of finance to realise that our political leaders should rise above the trust deficit, so be it. Going forward, Dr Phillips should attempt to champion that cause as a senior member of the Government and within his political party. In so doing, he should reflect on the fact that establishing trust is not an event, but a process; action, not a bag of mouth.
Senator Christopher Tufton, PhD, is opposition spokesman on foreign affairs, foreign trade and investment. Email feedback to columns@gleanerjm.com and cctufton@yahoo.com.