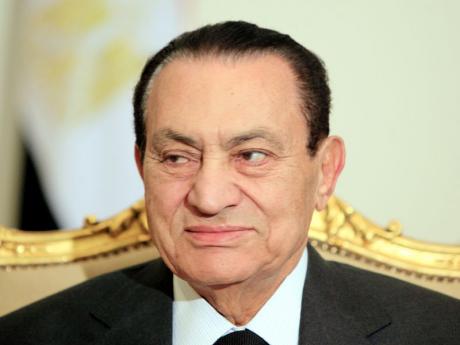 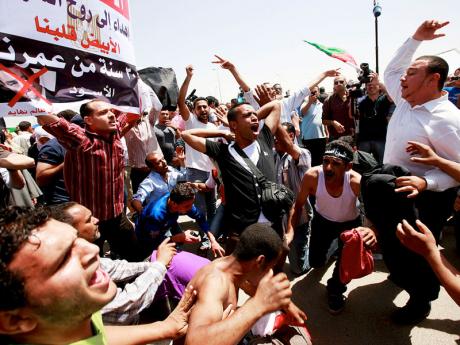 Protesters in Egypt react after a court handed down a life sentence to former President Hosni Mubarak.-ap photos 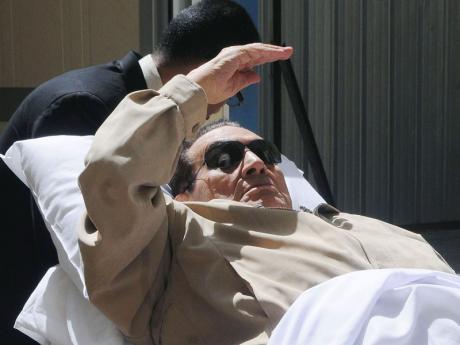 Egypt's ex-President Hosni Mubarak lies on a gurney as he arrives at the police academy courthouse in Cairo, Egypt, yesterday.
1
2
3

CAIRO (AP):Ousted president of Egypt Hosni Mubarak was sentenced to life in prison yesterday for failing to stop the killing of protesters during the uprising that forced him from power last year.

Mubarak and his sons were, however, acquitted of corruption charges in a mixed verdict that swiftly provoked a new wave of anger on Egypt's streets.

After the sentencing, the 84-year old Mubarak suffered a "health crisis" while on a helicopter flight to a Cairo prison hospital.

Earlier, Mubarak sat stone-faced and frowning in the courtroom's metal defendants' cage while judge Ahmed Rifaat read out the conviction and sentence against him, showing no emotion with his eyes concealed by dark sunglasses.

His sons, Gamal and Alaa, looked nervous but also did not react to either the conviction of their father or their own acquittals.

Mubarak was convicted of complicity in the killing of some 900 protesters during the 18-day uprising that forced him to resign in February 2011.

He and his two sons were acquitted of corruption charges, along with a a family friend who is on the run.

Rifaat delivered a strongly worded statement before handing down the sentences. He described Mubarak's era as "30 years of darkness" and "a darkened nightmare" that ended only when Egyptians rose up to demand change.

"They peacefully demanded democracy from rulers who held a tight grip on power," the judge said about the uprising last year.

Angered by the acquittals of the Mubarak sons and six top police officers, lawyers for the victims' families broke out chanting inside the courtroom as soon as Rifaat finished reading the verdict.

"The people want to cleanse the judiciary," they chanted. Some raised banners that read: "God's verdict is execution."

The charges related to killing protesters carried a possible death sentence that the judge chose not to impose, opting instead to send Mubarak to prison for the rest of his life.

Following the verdict, thousands of protesters gathered in Cairo's Tahrir Square, birthplace of the uprising, and in the Mediterranean city of Alexandria on Egypt's northern coast. They chanted slogans denouncing the trial as "theatrical" and against the ruling generals who took over for Mubarak, led by his former defence minister. "Execute them, execute them!" chanted the protesters in Alexandria.

Mubarak and his sons - one-time heir apparent Gamal and wealthy businessman Alaa - were acquitted on corruption charges, with the judge citing a 10-year statute of limitations that had lapsed since the alleged crimes were committed.