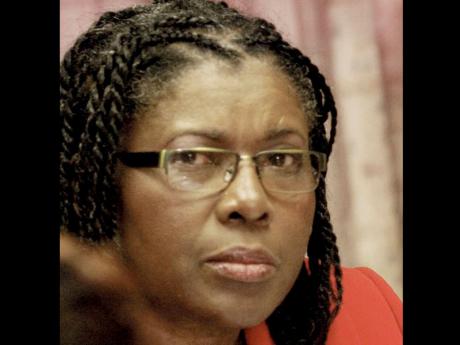 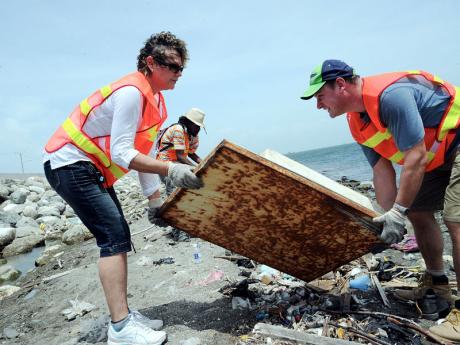 While arguing that the country is facing a financial crisis which demands belt tightening, the Portia Simpson Miller administration has found close to $16 million to conduct a controversial forensic audit.

However, the Government is yet to make any provision to complete the report from the FINSAC Commission of Enquiry.

So far, the country has spent some $50 million to enquire into the financial-sector meltdown of the 1990s, but the final report has been stalled because the Simpson Miller administration has failed to allocate any funds.

There has been no word from the Government about why no money has been allocated or when the commissioners will be able to complete the report.

But even as the nation awaits word on the FINSAC funds, the National Contracts Commission has approved the multimillion-dollar expenditure on a forensic audit into the Jamaica Development Infrastructure Programme (JDIP) and the Palisadoes Shoreline and Rehabilitation Works Project.

The audit was first proposed last year by then Prime Minister Andrew Holness after a report from the auditor general (AG) raised concerns about the spending of JDIP money.

The AG's report cost the then transport and works minister, Mike Henry, and head of the National Works Agency, Patrick Wong, their jobs.

With the change in government, new Transport and Works Minister Dr Omar Davies vowed to go ahead with the probe, and the Canadian firm Kroll Consulting was selected.

But Davies did not tell the country that it would have to shell out J$5.3 million each month for the work which started in April and should be completed later this month.

Last week, permanent secretary in the Ministry of Transport, Works and Housing, Audrey Sewell, told The Sunday Gleaner that six entities were invited to submit proposals.

According to Sewell, at least one local company was approached by the Government to bid for the right to conduct the forensic audit but it rejected the invitation.

Sewell said while Kroll Consulting did not submit the cheapest bid, the $16-million spend is value for money because there are weightier matters than cost to consider.

"A forensic audit is different from a regular financial audit. It goes deeper," said Sewell.

"We had asked the Auditor General's Department, but it said it did not do forensic audits," added Sewell.

The permanent secretary argued that the expenditure is justified because a lot of negative things have been said about the implementation of the US$400-million programme.

She also referenced the concerns that were raised by the AG's financial audit of the road-improvement and infrastructure-development programme.

"From the ministry's perspective, we need to restore confidence in what we do," said Sewell.

The permanent secretary also pointed out that a forensic audit would shed more light on whether anyone should be held criminally culpable.

"To say it will save money on this current contract (JDIP), no (it will not) because it is already in force, but going forward, we will be able to identify gaps in the execution of contracts and in determining value for money," she said.

When asked whether there were more pressing issues the $16 million could be spent on, Sewell said: "I would not want to comment on that."

However, she said, as the chief accounting officer, if she did not believe that the audit was useful, she would have advised otherwise.

She stressed that she was not suggesting that the audit will uncover anything untoward.

In addition to the roughly $16 million being paid to Kroll, the ministry is providing transportation and access to the JDIP sites and locations.

The terms of reference for the forensic audit state that the general objectives of the assignment are to: "determine whether there were any fraudulent transaction or acts of fraud".

The auditors have also been asked to make recommendations to "effect improvement in the quality of the GOJ/MTWH'S (Government of Jamaica/Ministry of Transport, Works and Housing) performance monitoring capabilities of the programmes".

In addition, the auditors have been contracted to "provide enhancement in the transparency and accountability in the contractual and financial management of the programmes ... "

Kroll Consulting will also be required to "determine the circumstances under which the programmes exceeded the budgetary allocation; who made decisions that resulted in the exceeded expenditure; was the over-expenditure approved and if so, by whom; and where there was no approval, provide evidence of potential criminal or civil impropriety".

The scope of work handed to the New York-based company also states that auditors have been instructed "to investigate the circumstances under which $102m was expended from JDIP and $62m from the Palisadoes Project to refurbish and furnish the NWA's offices, respectively, and whether the Government received value for money".

According to the terms of reference, the Ministry of Transport and Works, through the National Works Agency, developed the US$400m JDIP to address damage to Jamaica's road network by the many hurricanes and flood rains over the last five years, and for maintenance of the road infrastructure.

The terms of reference also state that the Palisadoes peninsula was severely affected by the passage of Hurricane Ivan in 2004, which left the seaward side of the peninsula vulnerable to smaller storms.

As a result, a contract valued at US$68.1 million was signed for the Palisadoes Shoreline Protection and Rehabilitation Works Project.