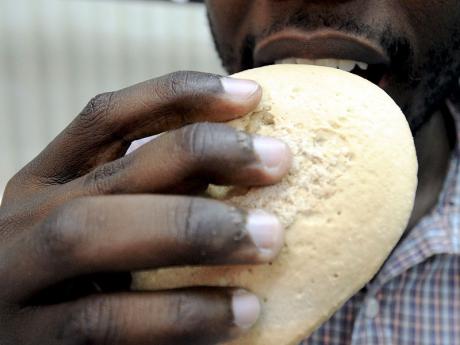 Several primary schools are overcharging students for the baked products that the Government spends hundreds of millions of dollars to provide under a nutritional programme.

A Sunday Gleaner probe has found that in addition to charging up to two times the stipulated price, some schools are also selling bags of the limited supply to adults.

The education ministry has clearly mandated that students should contribute $2 per meal, which is a bun, bulla or similar item, and a drink.

The ministry also mandates that if a child is unable to pay, he or she should not be deprived of a snack.

But despite the clear guidelines, The Sunday Gleaner has confirmed that some primary schools are charging students between $3 and $4 per meal.

The prices are jacked up even further when the schools sell the baked products to adults.

A source revealed that a bag of juice/milk, containing 10 single plastic pouches, is sold for $40 or $50 to outsiders while a bag of 10 bullas is sold for $20.

An adult working with The Sunday Gleaner was also able to purchase two bags of bullas from a Corporate Area primary school in breach of the education ministry's guideline.

According to our source, neither the education ministry nor Nutrition Products Limited (NPL), which produces the meals, sees a dollar of the extra money earned by the schools, because they hand over only the $2 which they should collect for each meal.

"My major concern is where these funds go and the fact that they are overcharging the students," said the source.

One teacher, who supervises the sale of the nutribun snacks at a primary school in Clarendon, told our news team that her institution sticks to the mandated price of $2.

The teacher, who spoke on condition of anonymity, said NPL - with the support of the education ministry - recently dispatched a missive reminding schools that the limited number of snacks and drinks are for the students, especially those in need.

An employee of a St Andrew-based primary and junior high school also told our news team that even though the teachers know it is forbidden to sell the children's food to grown-ups, "adults come into the school and buy it".

In the meantime, Grace McLean, acting permanent secretary in the education ministry, said while the ministry has heard the claim, it is yet to catch anyone in the act.

"The ministry has heard about this, but checks made have revealed no evidence of such. The ministry continues to investigate this matter," McLean stated when asked if the ministry was aware that students were being overcharged.

The acting permanent secretary gave a similar response when asked if the ministry was aware that the snacks were being sold to adults.

"The ministry has no evidence of this taking place. We are, however, doing our own investigation to ascertain if this is so," she added.

McLean said that teachers were not entitled to the nutribun snacks because they are provided specifically for students based on verified numbers.

"One letter was sent to the ministry to indicate that this was taking place in St Ann. The investigation conducted by the ministry did not reveal that this is so," said McLean.

She added: "There is a structured system in place to ensure that all schools reconcile what is provided by Nutrition Products Limited. The compliance rate has improved significantly over the last year since a customer service unit was set up by Nutrition Products (Limited) and great vigilance on the part of the ministry."

The nutribun programme is principally the responsibility of NPL, an agency of the education ministry. It aims to produce and distribute nutribun snacks which are comprised of milk and a solid (bun, rock cake, bulla, spice cake, cheese bread) to approximately 136,000 students daily.

The Government has allocated $3.5 billion for students' nutrition this fiscal year, with NPL getting $87 million for administration, $547 million for production and $127 million for distribution.