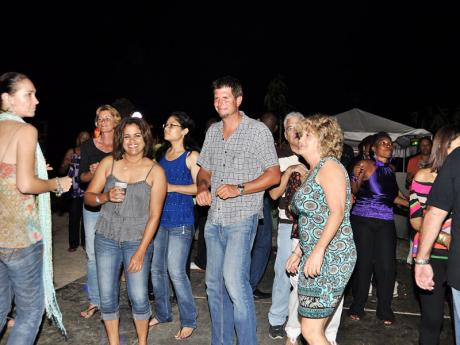 Crab lovers having a whale of a time on the dance floor.- Photos by Janet Silvera 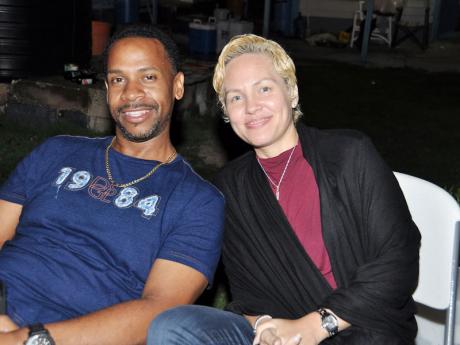 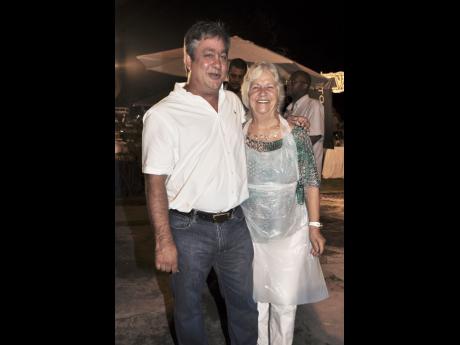 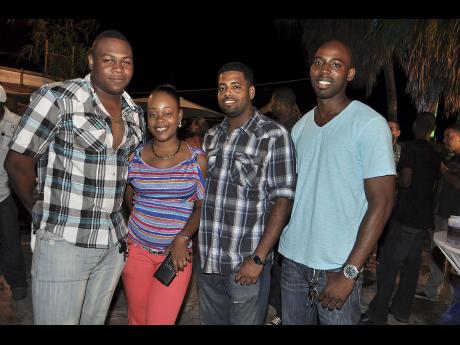 Young Gleaner readers (from left) Delano Crowl and his better half Alicia Prawl, Chadroy Sirjue and Garth Clarke at Busha's Crab-Fest at Paradise Park in Westmoreland, May 26.
1
2
3
4

Dears, it all began when Busha Clarke began to notice that seasonally, his Savanna-la-Mar beach home would become overrun by crabs of all sizes, colours and character. And crab being a seasonal dish shared by all, Busha decided on inviting a number of close friends over for a Crab feed. Now this was no ordinary crab feed, as indeed, before friends were invited to partake in his crab feed, the crabs were first harvested, and fed a diet of lettuce and other greens to make them ready for dining, as crabs in the wild are not particularly fussy eaters.

Well my dears, as is usually the case with a good thing, when word of Busha's crab feed began making the rounds, what began as an intimate do for friends became a bigger do, including friends of friends and their friends, with each passing year, and eventually became a mega party outing.

Well, my dears, this year, it was all about the wow factor and we do mean triple wow here as in: "Wow,wow, wow."

Dears, due to an earlier downpour, the evening got off to what could be said was a somewhat tepid start, but as soon as the bars began flowing and the firesides started rolling out their goodies, the evening went into social overdrive!

Dears, to quote Patrick Watt: "In the beginning it felt a bit upscale and people a bit reserved. However, in less than an hour, all inhibitions went through the window when sound illusions started turned it all up, with some retro-music" and luvs, from there on in it was nothing but fabness, all the way.

Dears, to be sure, the grounds were damp, but not the spirits, and with the glistening white sand beachfront and rolling lawns done up reflecting a leisure zone, dears, it proved one fine family outing and then some!

Dears, it was indeed a Crab-Fest, and dears, king crab was clearly the main entrée, but dears, the steamed fish done up with water-crackers; and the honey-glazed barbecued ribs was just what the culinary doctor ordered for the occasion and it made for one fabulous repast.

And if the fare did not get you, there were the bars!

Luvs, there were juice bars and you know, everybody's all-time fave, serving up premium libations, but luvs, the find of the evening was definitely the absolutely fabulous rum punch that was as smooth as it was racy, the perfect balance of rum, and fruit juices to create the purr-fect party elixir!

Dears, we are talking all that and then some here, as fab society was out in celebratory numbers, and lyming to the max, with among the notables spotted were British High Commissioner HE Howard and Mrs Jill Drake; Mrs Ingrid Ziadie; P.J. Asher and wife the lovely Annmarie Asher; Michelle Marzouca; Steve Ashley; Robin and Trina DeLisser; Robert and Tina Dunbar; Junior and Rosie Madden;

And dears, plans are already under way for next year's event, as the fans just can't get enough of this fab outing!