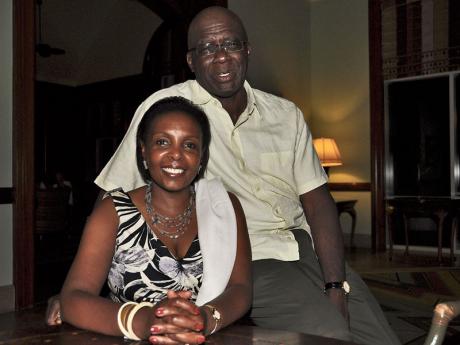 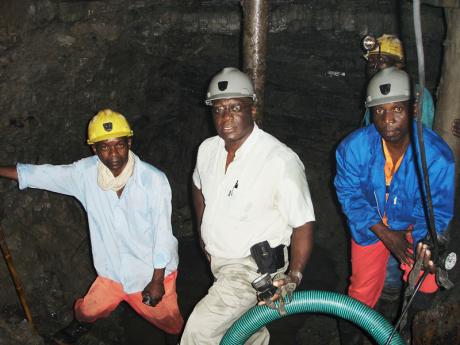 Deep in mine land - Lincoln Bailey (centre) at his mine in Malawi, Africa.
1
2

And of the three, one has the distinguishing status as the country's largest coal miner. Lincoln Bailey, who hails from Mt Lebanus, St Thomas, left Jamaica to live with his parents in England at age eight years old, but that's merely what he did.

Either by choice or forced upon him, Bailey ate, slept, dreamt the island's culture, but a beautiful Kenyan girl powered his path towards the African continent, enriching his life, while allowing him access to register claim as one of the greatest Jamaican gifts of all times.

"It's pure accidental how I got lost in Africa and kept going," he spoke fondly of the continent he has called home for the last 33 years.

An economist by profession, the Bradford University graduate was not only blown away by Africa's rich heritage, vast vistas and beauty, but the unmatched exquisiteness of his wife, Evelyn Wangari.

"Hook, line and sinker. He followed me home and got hooked," quipped Wangari.

The two met at university in the UK.

Lincoln Bailey hasn't looked back since. His life has followed a trajectory of success, and today he describes what he does as a "win-win" situation. Bailey owns and operates along with a partner, the Mchenga Coal Mine, which boasts annual sales of US$7.7 million from mining 85,000 tonnes of coal each year.

A visit to his home in Malawi and there is no mistaking his Jamaican roots. "I grow ackee, yam, bananas and sorrel," he gave a sneak preview to Outlook, during an interview at The Ritz-Carlton Rose Hall, Montego Bay. Bailey was the keynote speaker at the recent Jamaica Co-operative Credit Union League's 75th anniversary strategic conference held at the resort.

On his 90-acre farm, which by the way is a hobby, he keeps sheep and goats and plants mangoes such as Tommy Atkins and Kent.

An impossible task to remove his acumen of entrepreneurship, Bailey supplies supermarkets in Malawi with mangoes from his 550 trees, and he just planted 350 more!

His bar at home is stocked full with Appleton red and white overproof rum and the ardent golfer enjoys the world's number one music - reggae.

"Jamaican music is big in Malawi and reggae is played in the clubs, but there is also ragga, which is very popular among the young people," he revealed.

Wangari will tell you that her husband has a great sense of humour, is stubborn and must have his rice and peas on a Sunday, curried goat and jerked ribs any other day of the week.

"He is also pretty determined and ambitious. He doesn't take no for an answer," she said, giving an insight to the man who employs 500 persons at his mine and 20 others on his 'small' farm.

And just when you thought she had no more to say about the father of her two children, Wangari surprises you. "Africa is quite testing. He sees opportunities and he goes for it. He is a visionary, very enterprising."

Up to recently Lincoln Bailey started his own apiary, producing his own honey because he doesn't use sugar.

Of course we had to ask this world-leading coal miner about coal's thriving alternative to gas.

"Coal is good for development, it will be the source of low-cost power generation for Jamaica," he predicts, adding that in countries such as South Africa and Botswana, their energy cost is five to six cents per kilowatt. "In Jamaica, we are paying 40 cents."

He notes that mining is a science and to be successful, one needs a plan. After 12 years in the business, he has only had three fatalities at his mine.

Mchenga now produces 30 million tonnes of coal and Bailey has another concession near the Tanzanian border not yet developed. "This facility has 120 million tonnes," he says.