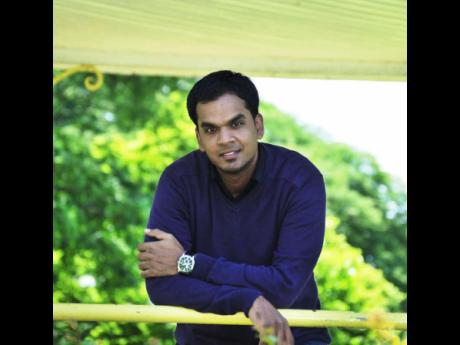 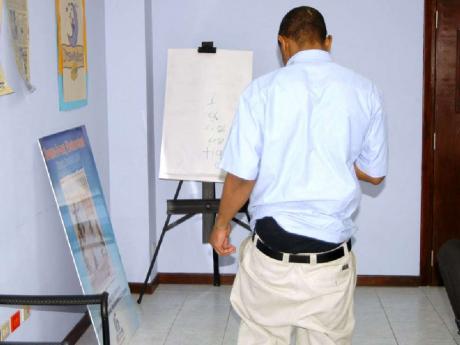 Robert Lalah suggests the Government slap a fine of $500 for wearing saggy pants.
1
2

I've never eaten a blueberry while getting a tattoo in a hot-air balloon. I might consider doing this, if my checks reveal there are no special taxes involved. Our friends in parts of the United States aren't afforded such privileges.

Poor souls. In Kansas, a ride in a hot-air balloon attracts an amusement tax, blueberries are taxed in Maine, while having an ancient Chinese proverb permanently imprinted on your bum will run you an extra six per cent in Arkansas.

Odd taxes are nothing new. In 1705, Russian Emperor Peter the Great imposed a tax on facial hair, and European governments taxed soap in the Middle Ages. The weirdest tax I've read about, though, is Roman Emperor Vespasian's levy on urine in the first century AD. Apparently, around this time there were people called urine collectors, who claimed they were only interested in the product for its ammonia content. This made urine a sort of raw material and, therefore, subject to taxation. Weird.

This reveals though, that there has, historically, been some creativity exercised in the way taxation is applied. It occurs to me that Jamaica's tax system could benefit from this kind of out-of-the-box thinking. There are many inventive strategies the Government could employ to collect more revenue while encouraging social changes to better our lives. Anyone can go around taxing patties and electricity, but it takes real gumption to shake things up and do something different.

I propose a tax, for instance, on the public display of underpants. It's a trend among men to walk around town with their pants buckled somewhere in the region of their lower thighs. Nobody wants to see that. A flat tax of $500 on each offender will lead to millions in revenue. The figure quoted is purely random and is subject to amendment. Those who are unwilling to pay the tax will be sure to elevate their trousers to a more agreeable level. Everybody benefits.

I do not propose an all-out ban on this behaviour. It is, after all, a free society. However, these are tough economic times. In this climate, excessively tight trousers must be seen as luxury items and attract a tax of, say, $1,500 each time they are worn in public. Some of these tight-pants wearers will be left feeling a bit crotchety after this move, but nobody likes paying taxes. They'll get over it.

Now if you've ever suffered the displeasure of going to see a movie at the cinema, only to get stuck sitting next to someone with a loud, irritating laugh, you'll support my proposal for a tax on annoying laughter. I was once subjected to the 'yuck-yuck, tee-hee' of such laughter for the entire 90 minutes of a film.

Why should a student be forced to pay a tax on books being used in the pursuit of self-improvement, while the inconsiderate soul who cackles to the chagrin of others is allowed to escape the tax net? Slap the offender with a $250 tax, I say. If the laugh is coupled with a presumptuous slap of the thigh, an extra $45 in charges is justified.

The finance minister might also consider taxing unwanted commentary. Jamaica has produced some gifted athletes. When they perform, we gather around television sets to watch every move. It happens, for instance, whenever Usain Bolt is on the track. Now there is always some know-it-all in the lot who insists on talking over everyone else. All are forced to listen to that person's opinions. This jibber-jabber should not go untaxed. It's an activity that is of no value to anyone but the speaker and should, therefore, be subjected to a $375 asset tax.

So, is this Government willing to look beyond pickled mackerel and rolled oats for the added revenue it requires, or will it foolishly stick to the old way of doing things? I'm not enthused by the odds.

Robert Lalah, assistant editor - features, is author of the popular 'Roving with Lalah'. Send feedback to columns@gleanerjm.com and robert.lalah@gleanerjm.com.