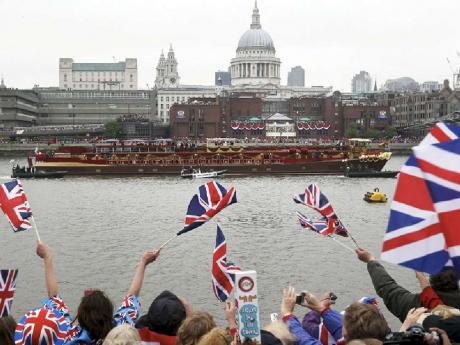 The Royal Barge passes St Paul's Cathedral during the Diamond Jubilee River pageant along the River Thames to Tower Bridge, in London, yesterday. More than 1,000 boats sailed down the River Thames in a flotilla tribute to Queen Elizabeth's 60 years on the throne that organisers are calling the biggest pageant on the river for 350 years. 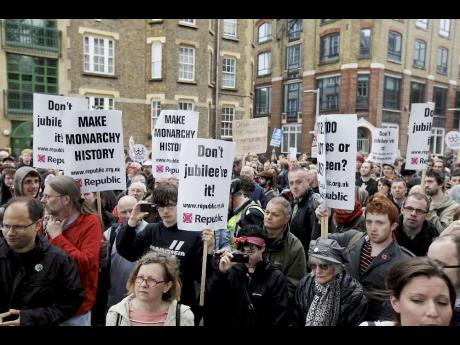 Anti-monarchy protesters gather close to the River Thames in central London, where the1,000-boat flotilla was scheduled to sail past yesterday. 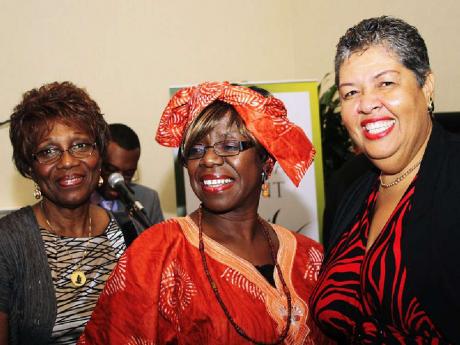 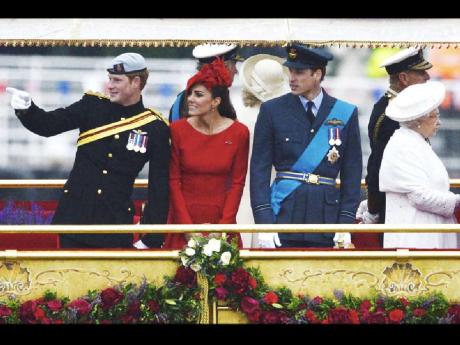 Britain's Kate Duchess of Cambridge (second left) stands next to Prince Harry (left) Prince William (third left) and Queen Elizabeth as they watch the proceedings on board the Royal Barge during the Queen's Diamond Jubilee pageant on the River Thames in London yesterday. 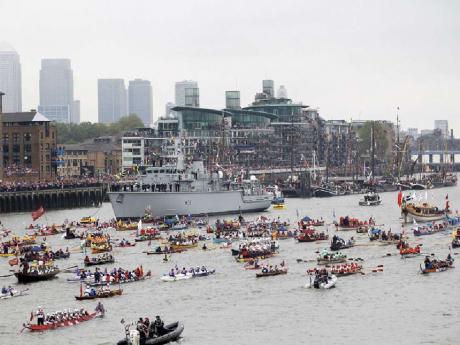 The Queen's royal rowbarge (right) leads a flotilla of man-powered and paddled boats down the River Thames in London.
1
2
3
4
5

The River Thames became a royal highway yesterday as Queen Elizabeth II led a motley but majestic flotilla of more than 1,000 vessels in a waterborne pageant to mark her Diamond Jubilee.

In a colourful salute to the island nation's maritime past, an armada of skiffs and sailboats, rowboats and paddle steamers joined a flower-festooned royal barge down a seven-mile (11-kilometre) stretch of London's river.

With a crowd of rain-soaked spectators, estimated by organisers at 1.25 million, cheering from the riverbanks, the pageant was the largest public event in four days of celebrations of the monarch's 60 years on the throne. Today, the Queen will join thousands of revelers at an outdoor concert beside Buckingham Palace, headlined by pop royalty including Paul McCartney and Elton John.

With any luck, the weather will improve. Yesterday was dismal and damp, with rain scuttling plans for a ceremonial fly past, but that didn't stop Union Jack-waving spectators forming a red, white and blue wave along the pageant route.