Jamaica will always hold The Queen in high regard, says Sir Patrick 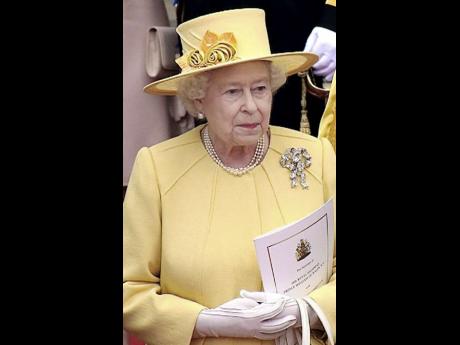 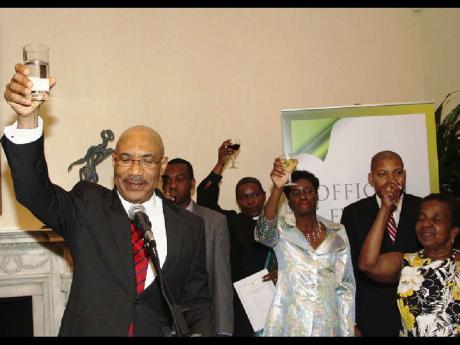 Cheers to The Queen from Governor General of Jamaica Sir Patrick Allen and the UK Diaspora. - Photo by Deon P. Green 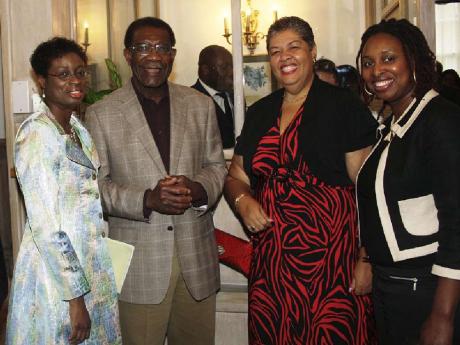 Governor General of Jamaica Sir Patrick Allen has told the Jamaican diaspora in the United Kingdom that Jamaica will retain its close relationship with Britain and The Queen despite any future constitutional change.

This was in reference to the possible replacement of the Monarch as the island's head of state.

Prime Minister Portia Simpson Miller, in her inauguration speech in January, said the country would be making significant strides towards breaking its attachment to the British Empire.

"This 50th anniversary year will be a time for reflection on the lessons of the past; and as we celebrate our achievements as an independent nation, we now need to complete the circle of Independence," Simpson Miller said.

"In this regard, we will therefore initiate the process of our detachment from the Monarch to become a republic with our own indigenous president as head of state," she added.

On Saturday, the governor general, who is in the UK attending the celebrations to mark The Queen's Diamond Jubilee, was addressing a welcome reception in his honour at the Jamaica High Commission. He told the gathering that Jamaica's high regard for The Queen and the Royal family will no doubt remain, whatever the future might hold in the natural evolution of constitutional relationships between Jamaica and Britain.

"Jamaicans have the maturity and sophistication to distinguish between constitutional systems and fraternal relations and to know that human solidarity and bonding is not conflated with any particular type of political arrangement. Relationships go beyond structures," Sir Patrick said.

He added: "The exceedingly warm reception which Prince Harry received in Jamaica is an indication of the bond which exists between the Jamaican and British people and, more particularly, of the warmth the Jamaican people feel towards the Royal family."

He further noted that the relationship with Britain has evolved over the years, but the bond has remained constant.

The governor general said Jamaicans are very proud of their achievements as the vast majority of the people are decent, hard-working and highly talented, who have distinguished themselves in many areas.

Among the expected highlights of the governor general's five-day visit includes a reception at Buckingham Place with The Queen, a visit to the Royal Hospital-Chelsea and a parade of 1,000 boats on the River Thames.