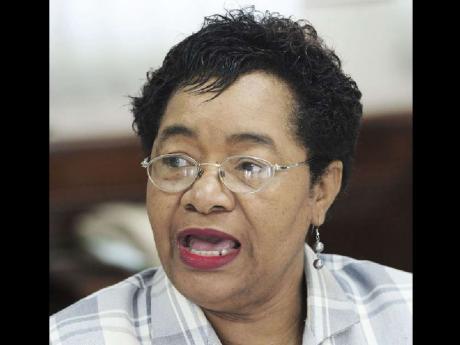 Lewis-Fuller: They are diversifying their product, attracting more people and more youths.

With World Health Organization (WHO) data pointing to an alarming number of persons dying each year from the effects of tobacco worldwide, local health specialists are expressing concern over a United States-based tobacco company which has recently set up shop in Jamaica.

The health specialists say they are even more concerned over the fact that the company has made it even easier for tobacco and tobacco-based products to get into the hands of local youths. This new company has arrived in the island at a time when the Ministry of Health has admitted it is facing difficulty pooling funds to mount an effective anti-tobacco campaign.

"The method of producing and presenting the product is evolving. You go in and push a button and the tobacco comes out and you roll it up. It's an American thing that is here, so one more product for Jamaican people from overseas interest," executive director of the Heart Foundation of Jamaica, Deborah Chen, told participants in a Gleaner Editors' Forum held at the newspaper's North Street, central Kingston offices last week.

Chief medical officer in the Ministry of Health, Dr Eva Lewis-Fuller, also took issue with the proliferation of overseas products on the Jamaican market.

Lewis-Fuller said the method of packaging could see more youths being lured into taking up the deadly habit.

"They are diversifying their product, attracting more people and more youths. They have these little narrow things that look like little tobaccos, they flavour them with cinnamon and all kinds of flavours," she said in describing a product which bears a resemblance to the popular beady.

Smuggled into the island

Lewis-Fuller said most of these products are smuggled into the island and sold at cheaper rates which make them even more affordable for youths.

"They come in people's suitcases, so they don't even pay customs duty on them. Customs allows you 200 sticks of cigarettes, but they come in with thousands because every family member will carry in their suitcases," she lamented.

"More and more, they are finding ingenious ways of bringing in the product to the people when we are trying to reduce the prevalence of the products. We see the impact on lung disease, heart disease, breast cancer. Tobacco smoke affects every single cell in your body," Lewis-Fuller warned.