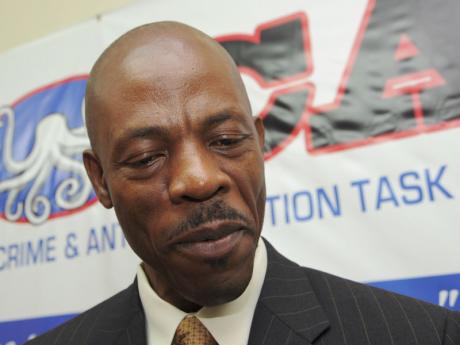 A TOUGH new elite unit within the Jamaica Constabulary Force (JCF), with a mandate to paralyse the nerve centre of organised crime in Jamaica, has set its sights on what it describes as the "untouchables".

Chairman of the newly launched Major Organised Crime and Anti-Corruption Task Force (MOCA), Assistant Commissioner of Police Karl Williams, said the entity would go after the top bosses involved in organised crime and their facilitators.

Speaking during the launch of the agency yesterday at the Police Officers' Club in St Andrew, Williams argued that despite the best efforts of local law enforcement agencies there were still numerous organised crime figures in Jamaica who were regarded as untouchables.

"MOCA intends to change all of that," he assured.

Williams said MOCA would work closely with its international partners and various other public-sector entities to investigate, apprehend and bring to justice the major figures operating in the criminal underworld as well as professionals in the public and private sector who break the law in supporting these criminal operators.

The core staff of the multi-agency task force is drawn from the Jamaica Constabulary Force.

However, it will receive critical support from a number of state agencies including the Jamaica Defence Force, the Financial Investigation Division, Customs, the Revenue Protection Division, Taxpayer Audit and Assessment and civilian personnel.

Williams admitted corruption was so pervasive in Jamaica that the anti-corruption agencies, while achieving some success, were barely  scratching the surface of the problem.

National Security Minister Peter Bunting said MOCA would be moving to seize the assets of the top crime bosses in an effort to undermine their power base.

Bunting said the establishment of MOCA grew out of a recommendation in the National Security Policy of 2012 to 2016.

It called for the setting up of a high-level task force that would integrate the complex legal, financial and other data collected on criminal organisations from diverse sources and jurisdictions. He said the launch of MOCA represented the implementation of that recommendation.

He said the agency would be selective in the cases it pursues.

"It will go after the high-value targets that really have a profoundly negative impact on the national security environment," Bunting explained.