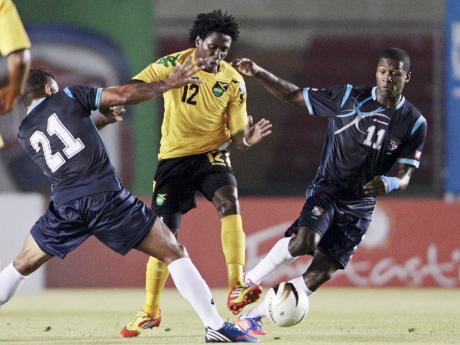 The Jamaicans will tackle Guatemala in their WCQ opener on Friday at the National Stadium, before jetting off for the clash four days later against the Antiguans in St John's on June 12.

This squad was named after Jamaica completed its warm-up match schedule with back-to-back losses against Panama: 1-0 at the National Stadium on Sunday, May 27 and 2-1 in Panama City last Friday night.

A number of those selected were members of the winning Digicel Caribbean Championship team, and the CONCACAF Gold Cup group that was eliminated by the United States in the semi-finals.

As many as 11 of the players selected have no prior World Cup experience, and Nyron Nosworthy, Xavian Virgo, Adrian Mariappa, Rohan Reid, Ewan Grandison, Joel Senior, Errol Stevens and Tramaine Stewart have only represented the country in close to five senior internationals.

On Sunday, notification was served that English-based attackers Marlon King and Chris Humphrey were dropped for the first two matches for a breach of 'curfew' rules during their recent Panama tour.