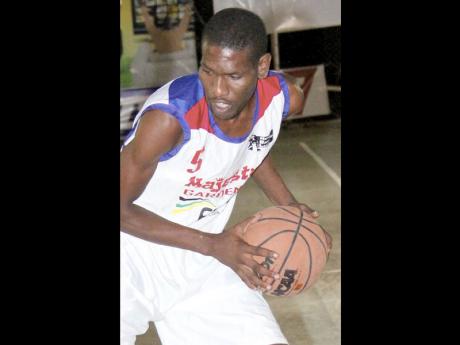 Red-hot Majesty Gardens Legends will be hunting their seventh-consecutive victory in the Flow National Basketball League (NBL) when they oppose Waterhouse Blazers in today's feature match at the National Stadium courts, starting 6 p.m.

In the second game of the double-header, former champions St Georges Slayers will oppose the Jamaica Defence Force (JDF) starting at 7:45 p.m.

The Slayers, who last won the trophy in 2008, have recorded six wins and three defeats, while the JDF have won three matches and lost six.

The Legends, who are seeking their first hold on the trophy, have been in excellent form this season, this after losing their opening two games in the competition. They have so far registered impressive wins over the likes of Urban Knights, the JDF and Spanish Town Spartans.

Ludlow Barker, coach of the Legends, said they will be seeking a comprehensive victory against the Blazers.

"I am confident that we can maintain our winning streak against the Blazers," said Barker.

"We are on a mission ... to win league this season and all the players have been working very hard in training and they are committed to doing that," he said.

He added: "We are not going to take the Blazers lightly because they are coming off a big victory over Spartans, who are one of the leading teams in the league this season."

The Legends will be depending heavily on their captain, Baldon Todd, who is the leading scorer in the competition this season.

On the other hand, Michael Kirlew, coach of the Blazers whose record stands at five wins and four defeats, is also confident of victory.

"I am very confident that we can beat them because my team is starting to gel together at this stage of the season," said Kirlew. "I think that one of the main things that we will have to do is stop their top scorer Baldon Todd from scoring freely against us."

Kirlew added: "We also will have to keep our turnovers down because that has been one of our main problems this season. We also have to minimise our opponents from scoring fast-break points against us."

In the meantime, defending champions Tivoli Gardens suffered their third defeat of the season, when they were outclassed 79-55 by the Spartans at the Edgewater court in Portmore late Sunday evening.