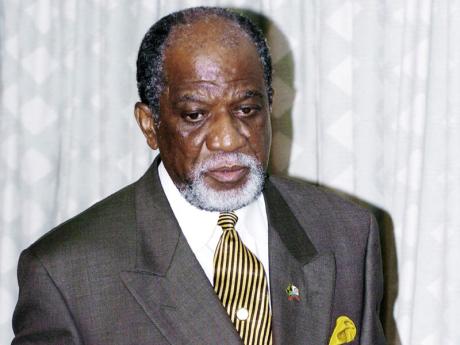 Ryland Campbell and his founding shareholders in Capital and Credit Financial Group (CCFG) - Andrew Cocking and Gregory Shirley - wagered that they would, in a year, collect J$1.5 billion, or half the bank's J$3 billion non-performing loans.

If they fail, they personally stand to lose a portion of their take under the deal for CCFG's acquisition by Jamaica Money Market Brokers (JMMB).

The hit, by Wednesday Business calculations, could be as much as J$363 million, assuming that the bad debt portfolio in the CCFG subsidiary, Capital and Credit Merchant Bank, remained unchanged between the time agreement was struck in July last year and when the takeover formally closes this July.

Campbell the CCFG chairman, declined to be interviewed for this story, but confirmed via email that 50 per cent a share was being "held back or retained from the legacy shareholders pending satisfactory reduction" of the non-performing loans referenced.

The cash would be paid over in proportion to the reduction of the non-performing loans, he confirmed, without providing details beyond those turgidly set out in his group's circular to stockholder, formally informing of the JMMB bid that was launched nearly a year ago.

JMMB earlier declined to comment on the matter. Its spokeswoman, Senator Imani Duncan-Price, said the two companies had an agreement not to comment on each other's statements.

The agreement which was struck almost a year ago - according to disclosures in the CCFG director's circular - essentially acts as a prod to Capital and Credit Merchant Bank to clean up its loan book before the merger goes through.

But in the case of Campbell, Cocking and Shirley, the so-called legacy shareholders, who between them control 78.3 per cent of CCFG, JMMB would retain J$0.50 from the cash portion of their payment, to be held in an escrow account until it was certified that the bank had met its obligation to cut the bad debt.

Should the target be met, the trio would get all their withheld cash plus accrued interest.

But in the event of a shortfall, the offer circular sets the proportional formula by which they would receive some of the withheld cash.

"In the event that the actual collection is less than the collection threshold, the escrow amount shall be apportioned as between the legacy shareholders on the one hand, and JMMB on the other hand, as follows:

(ii) the remaining balance of the escrow amount shall belong and be paid to the offeror."

The parties will assess the actual collections and CCFG's performance by August 14.

JMMB would get the other J$181 million principal, essentially cutting their purchase price for CCFG in proportion to the failure to recoup the non-performing loans.

At the time, the deal was struck Capital and Credit Merchant Bank had $3.08 billion in past due loans, which by the end of last December, had grown by J$600m to J$3.67 billion.

Another J$997 million was classified as impaired or uncollectable, but CCFG said it had collateral valued at J$999 million to cover the impaired portfolio.

With the data for the March quarter not yet available it is unclear whether Capital and Credit was able to make a dent in its non-performing loans.

Non-performing loans are classified by the Jamaican central bank as those for which borrowers have not made payments for 30 days or more.

Institutions are forced to categorise all such loans as non-performing, notwithstanding the collateral against it. This categorisation Capital and Credit has argued in the past made the appearance of its bad debt portfolio appear worse than the reality.

Just J$1.66 billion of the CCFG's J$6 billion loan portfolio was earning interest for the group at December 2011.

JMMB's formal offer to CCFG shareholders opened May 25 and closes June 15. The transactions will be settled by June 29.

The Jamaica Stock Exchange will suspend trading in CCFG shares, at the company's request, to facilitate the completion of the transaction with JMMB.