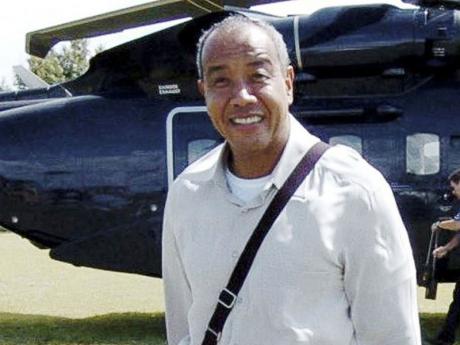 The Development Bank of Jamaica (DBJ) is currently negotiating with a consortium of investors led by Michael Lee-Chin for the sale of Wallenford coffee estate, according to agriculture official Donovan Stanberry.

Stanberry, the permanent secretary in the Ministry of Agriculture, said Monday that Cabinet gave approval for negotiations to proceed four weeks ago.

"The Cabinet looked at packages and they have given the green light for the negotiations. The selected bidder is a consortium led by Michael Lee-Chin," he said.

Lee-Chin redirected requests for comment on his partners and reason for the acquisition to Mark McIntosh at Portland Holdings, but McIntosh said it was too early to speak about the deal.

Lee-Chin's portfolio of Jamaican assets already include National Commercial Bank, which is Jamaica's largest by assets. He also owns a hospital, the CVM media group, Advantage General Insurance and a castle in Portland.

He made his fortune in mutual funds in Canada but has sold out the business.

Coffee would be a new Jamaican venture for the former billionaire, who dropped off the Forbes list two years ago.

Wallenford Coffee Company is being divested by DBJ on behalf of the Government of Jamaica. The shares in Wallenford are held by the accountant general.

The coffee company owns approximately 2,430 acres of land, of which 405 acres are under coffee cultivation.

It operates factory and processing facilities, several farms in the Blue Mountain region, and a pulpery property located on Marcus Garvey Drive in Kingston.

Wallenford was created when the Coffee Industry Board spun off its commercial arm in July 2004.

DBJ's preliminary information guide states that Wallenford's annual operating revenues for the last six years have averaged US$8.7 million. Finance ministry disclosures indicate that the company has been making annual losses, which have accumulated to an estimated J$1.6 billion as at July 2011.

The DBJ, through its agent PricewaterhouseCoopers, placed Wallenford on the market seeking to unload the debt-ridden company in June last year.

DBJ did not respond to requests for comment. Stanberry did not say whether the transaction with Lee-Chin would cover the entire estate or a portion of the holdings.

However, the agriculture official had previously disclosed that there had been just one bid for large portions of the estate, and one other for the property on Marcus Garvey Drive.

Wallenford grows, purchases and processes cherry coffee into green beans. It is Jamaica's largest processor of green beans originating from the Blue Mountain and high mountain regions, and the largest exporter of coffee.

The coffee company's assets were last estimated at US$36 million; and its long-term loans at J$1.66 billion.

A portion of the assets are fixed assets acquired in the past two to three years, while DBJ and the Ministry of Agriculture restructured Wallenford's balance sheet and repositioned it for sale.

Wallenford's assets were packaged into 10 bundles, including farmlands, factories, pulpery, roasting and packaging plant, other buildings and trademarks for the divestment.