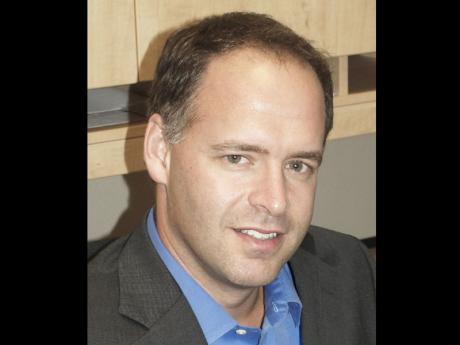 Research In Motion (RIM), the Canadian maker of BlackBerry smartphones, is attributing the dip in market share in Jamaica and the Caribbean to natural competition rather than jaded customers.

Concurrently, it plans to launch in Jamaica two new Curve smartphones and operating system BB10 this year in an attempt to snatch back market share in one its most loyal territories in the world.

"In some islands, we had 100 per cent market share because we were the only smartphones sold. That's not realistic in an open market and people will try other things," said RIM's Regional Director for the Caribbean, Sean Killien.

RIM still controls about half of the Caribbean smartphone market but claims a larger undisclosed share in Jamaica and Dominican Republic, its best regional markets.

BlackBerrys are three times more popular than rivals, but since January, usage of Android devices and iPhones have spiralled and now account for half of the market for the first time, according to local experts as well as trend data from Google Trends. It signifies a shift in preference in the J$2-billion annual SMS text and mobile data market.

It's the first release in nearly three years for the Curve, which accounts for about 90 per cent of RIM's smartphone sales in the island, he stated. He declined to reveal any growth expectations or expenditures associated with the roll-out.

"The Curves that we will release (in June) are going to impress the market so much that the people that are below the high end US$500-$600 smartphone are going to buy our products because they will like them," he said. "In the second half of the year when BB 10 hits the Caribbean market, I honestly think that you will see RIM's market share go to levels we haven't seen in years in the Caribbean."

These two Curve phones are set at the lower price point compared with its more expensive Bold model.

"The Curve will sell at the lower price point," said Killien, who added that dealers will set final prices. "These phones are really targeted for the Caribbean population."

Some 70 persons are employed to RIM's Caribbean operations.

Killien said that RIM loves the Caribbean because it, more than most regions, has embraced the BlackBerry. But the phone has lost ground to rivals iPhone and Samsung in much of the developed world, forcing RIM to change its CEO - Thorsten Heins took up the job in January - and implement a series of upgrades culminating with the planned launch of the new operating system this year.

"The media is maybe a bit hypernegative. Our new CEO is doing a good job and I really believe in the plan for RIM. He is doing the right things to get us in the right direction," said Killien.

Jamaica offers global peculiarities in the mobile market, including more cellphone subscribers at 3.1 million than the actual 2.7 million population; and a fierce loyalty to BlackBerry in an increasingly iPhone-curious and Samsung-dominated world.