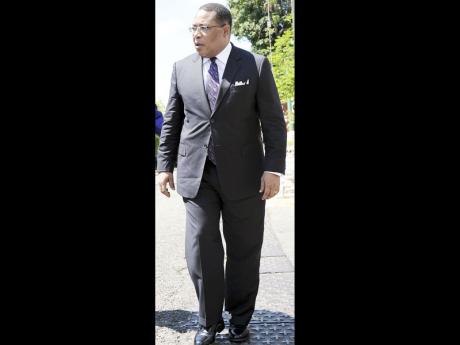 The Jamaican government accepts that the while the export sector is not as competitive as it needs to be local producers are not always to blame, and is signalling that it has joined their fight for parity.

Local producers see themselves as the underdogs in a head-to-head matchup with some regional trading partners, including Trinidad which has lower energy costs and is known to impose non-tariff barriers to Jamaica goods.

Minister of Industry, Investment and Commerce Anthony Hylton signalled Monday that he agreed, even as he acknowledged the contribution of exports to the economy.

"The ministry continues to be concerned about the issues of competitiveness and the levelling of the playing field across CARICOM," said Hylton.

"I assure you that your concerns have been heard and efforts are being made to address them," he told members of the Jamaica Exporters Association (JEA) at the launch of National Exporters Month in Kingston.

Hylton offered no specifics but said discussions surrounding several areas such as relieving the high energy cost, policy to address access to regional markets and build competitiveness were ongoing.

"We acknowledge the critical role of the country's export sector and so the need to build export competitiveness and a successful export strategy," he said.

Just hours before the minister addressed the JEA, the Private Sector Working Group which combines the voices of all major business groups on tax policy, intimated that Jamaica should reimpose tariffs on CARICOM imports to collect on the estimated J$9.4 billion that it now foregoes in duties.

The working group rationalised its call as a way to level the playing field against CARICOM partners who put up barriers to Jamaican goods, as well as a deficit-reducing measure. But it also noted that such a policy would breach international trading rules and required careful analysis.

Still, "in Jamaica's current circumstances, we believe that all options should be on the table," the group said.

Jamaica plans to cut 40 per cent off the US 40 cent price paid by electricity consumers by adding LNG to the fuel mix. It is looking to Trinidad for supplies for LNG, which may complicate any attempt at tough talk on other trade issues.

Last year, Jamaica exported US$1.62 billion of merchandise. It was a strong improvement from US$1.33 billion traded in 2010, but still well off the US$2.5 billion exported in 2008.

Vitus Evans, president of the JEA, for his part, noted that the sector must look to new ways to achieve increased export earnings.

"It is important that we position ourselves to maximise on these opportunities which are present for Jamaican products, particularly those within CARICOM and other emerging markets," said Evans.

Similarly Hylton said with the advent of new trading regimes and loss of preferential market access, exporters must now increase innovation and seek to adopt advanced technology and practices, which will be a central part of the National Export Strategy, to improve competitiveness at both the firm and industry levels.

Hylton also pointed to the need for exporters to modernise production facilities so as to improve the way business is done around the globe.

"As we look at critical initiatives to develop a viable export strategy we must have a very clear understanding of the possible implication of globalisation and how we engage the global market. The challenges are much greater going forward ... .," he said.

At Monday's forum, five companies were recognised for their sales performance and inducted into JEA's Miillion Dollar Club: J. Wray and Nephew for improved sales to US$64 million; Grace Foods and Services earned revenue of US$47 million; Red Stripe for US$43 million; while Carib Star Shipping and Newport Versan were recognised for the first time, earning sales of US$4 million and US$3 million, respectively.

Through the club, JEA recognises exporters which earn sales of US$1 million or more for the first time and those which have also moved up to higher levels in million-dollar increments.