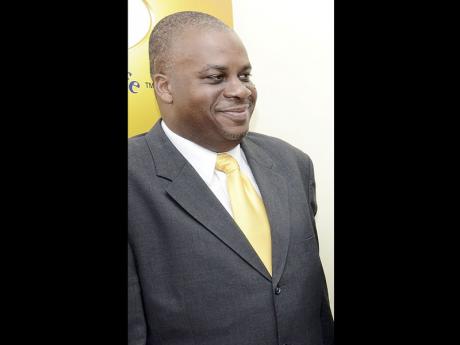 GSB Credit Union Limited is projecting growth of five per cent this year, but the target is far less robust than the lender's 2011 performance when profits almost doubled to J$45 million and interest income spiked by 16 per cent.

GSB ended the year with a weightier balance sheet, which grew by half-billion dollars to J$3.07 billion in total assets.

President Michael Roofe attributed the grown in assets to a near 39 per cent or J$666 million addition to the credit union's loan portfolio.

Roofe does not expect to repeat the performance, saying his five per cent target this year is based on expected inflation, the emergence of intense completion in the mortgage market and the cost of rebranding once the forthcoming merger with Churches Cooperative Credit Union goes through.

"It's going to cost us a pretty penny, but we expect improved efficiencies and economies of scale as well as an expanded network of service points islandwide," he said.

GSB will be having a special members meeting today, June 6, to seek approval of the merger. The Registrar of Cooperative Societies will also need to sign off on the plan.

GSB's growth in 2011 was based primarily on a 9.58 per cent mortgage product offered early in the year. Mortgage loans accounted for 26.21 per cent of the loan portfolio at year end, compared to 18.17 per cent at the end of 2010.

"In 2011 our mortgage product created waves in the Jamaican financial landscape. GSB Credit Union partnered with the Jamaica Mortgage Bank to provide working Jamaicans with an opportunity to afford a home at financing interest rates not seen for over 30 years," said Roofe.

"The move saw large financial conglomerates and real estate financing powerhouses adjusting their rates downwards in an attempt to align their lending rates with GSB's."

The credit union's membership also grew by 2,095, due primarily to the mortgage initiative, to 21,652 members.

With membership growth and increase in permanent shares in the amount of J$2,500 per member, permanent share capital grew by 10.8 per cent in 2011 to J$54.18 million. The GSB board recommended a dividend payment of J$8.1 million or 15 per cent of the value of permanent shareholdings of the 21,652 qualified members.