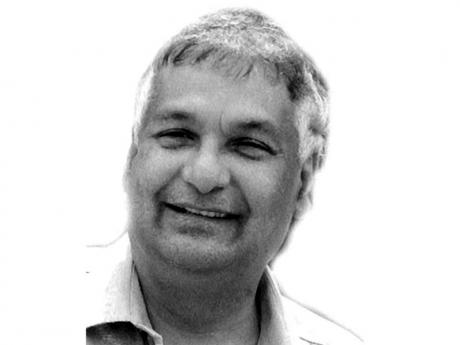 Finance Minister Winston Dookeran has dismissed suggestions that Trinidad and Tobago has hit an economic slump and is in recession, while blasting the "sensational press" for misinterpreting the words of central bank governor Ewart Williams.

"The economy has been in a slump. We are waiting on the recovery and the recovery is a bit delayed, let's put it like that," Ewart said.

But as he tabled a bill for supplementary budgetary funding of TT$1.5 billion (US$250 million), on Monday, Dookeran, a former central bank governor, told legislators there were strong headlines that were put out on the newspapers about recession. "I say here today, based on the information we have at the finance ministry, Trinidad and Tobago is not in any slump."

Dookeran blamed the "sensational press" for taking Williams' statements "out of context" and "placing strong headlines about recession and slump".

But Leader of the Opposition Dr Keith Rowley called Dookeran on his statement, saying he was essentially telling legislators that "information coming from the central bank, out of the mouth of the governor, was inaccurate and should be disregarded".

Rowley said the economic slump was created because the "grandiose plans" on paper were not being implemented and that the Kamla Persad-Bissessar government had not been carrying out the development programme as approved by parliament.

Trinidad's growth projections have been revised downwards, but Dookeran said there have been similar revisions in all the major economies, citing Brazil, China, India, South Africa, the United Kingdom, the United States, Singapore, Germany, France, Canada and the eurozone areas.

He told legislators Trinidad had turned the corner but its growth projections had to be cut, from 1.5 per cent to one per cent, in light of the slowdown in the energy sector.

"When I saw the reduction in the growth estimates for 2012, from 1.5 to 1.0 per cent, I decided to try and find out exactly what was causing that (slowdown) in the energy sector. And after meetings with the Ministry of Energy and the energy sector, I was told that this was not surprising. In fact, it was the result of falling investments three years ago that we are now seeing," said Dookeran.

"When you look at Trinidad and Tobago, we had estimated that we had turned the corner and would have moved to growth rate of 1.5 per cent in 2012. The recent figures have suggested there had been a slowdown in certain areas and we will now be projected to move at one per cent in spite of the slowdown, mostly in the energy sector," he said, noting that the last assessment by the International Monetary Fund pointed to economic growth in 2012.

Dookeran said discussions with the energy ministry and sector officials had indicated that the economic downturn was due to failing investment three years ago, adding also there had been a drop in hydro-carbon reserves in 2009, which subsequently picked up in subsequent years.

He said the results would take time to materialise.

"I'm not here to suggest that we have covered all the vulnerabilities ahead of us. From external developments, it's also clear we must take stock of how we decide to move forward in the future."