Is Jamaica separated from God? 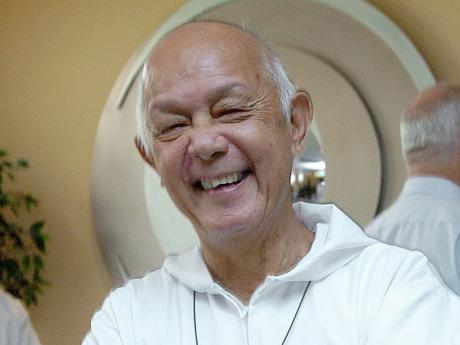 Lost in empty conversation, playing stylishly with moral truths, pretending pseudo-intellectualism, Jamaica is lost in a wilderness of double-mindedness and doubletalk. It is very modern: on TV, in coffee discussions, and debates on the radio. The exaltation of pagan values in newspapers and total disregard for moral principles will separate us from God, His love for us and for our island.

Now money is god. That's the supreme and only value that matters in our contemporary world. The legalisation of prostitution (with growing support in St Lucia, and enacted in many European countries), the legalisation of murder, i.e., abortion, euthanasia (in many countries and backed by major bodies of financing such as the United States Agency for International Development and the European Union). The push to legalise drugs (marijuana and other narcotics) in First World European countries, and marriage between gays. This is universal and is certainly in Jamaica.

The fall-off of many religious men and women, and their lack of conviction in Christendom, are also very unsettling. Some places still profess Christ in a liberal way. Some prefer to separate Him from His commands. Some say it doesn't matter which god and what you believe in. The modern world wants to be left alone, free from any moral principles and commands, so it can do what it pleases (not what God wills.) They just want to enjoy and leave others to enjoy life. This is what love means: "I'm OK, you're OK."

But the Lord is very precise: "If you keep My commandments, you will abide in My love." But if we do not obey His commandments, He will not abide in us. Separated from God, we are on our own, we are nothing. We lose our purpose on earth; emptiness and, finally unhappiness, will be our lot. Now we see the emergence of suicide all over Europe, Japan and even in Jamaica.

It's up to you whether or not you obey what I am saying. Jamaica is lost in a single-minded pursuit: money, the flesh, sex, popularity, hedonism. The main source of this pleasure-driven life is the media. It will provide us, finally, with a sense of utter futility.

The six Ps that summarise the values of today's Areopagus, i.e., the source of powerful communication, promote: profit, pride, praise, popularity, power, pleasure. Romans 1:24 says: "Therefore, God handed them over to impurity through the lusts of their hearts ... ."

That is the death wish. It cannot last. The eternal values of asceticism, self-control, self-sacrifice, sacrificial service of others, are simply missing in the vocabulary and interests of today's people.

Yet the figure of Christ hanging on the cross will not disappear from our minds and hearts. There is something more noble, more honourable, more beautiful than anything on earth. It is Christ - that infinitely tender and powerful figure who brought love to the blind, the deaf, the cripple, the lepers, the widows and orphans.

No beauty queen, no brilliant athlete, no famous movie star can ever measure up to Him. He is the King of kings and the Lord of lords. All knees must bow and worship Him, if ever they are to achieve happiness. Jamaica, if you gain the world, you will suffer the loss of your soul, you will be separated from God. Is this what you want?

Father Richard Ho Lung is founder of the Missionaries of the Poor. Email feedback to columns@gleanerjm.com and mopfathergeneral@missionariesofthepoor.org.