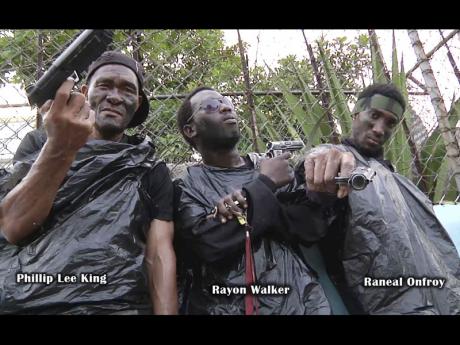 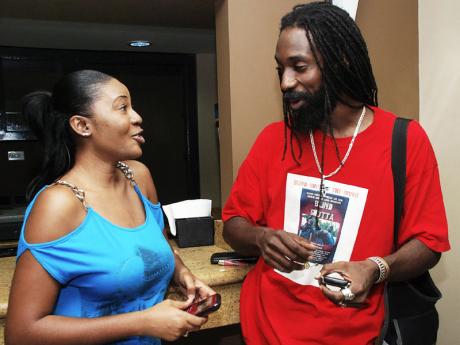 The low-budget film Blind Shotta hit a snag when it premiered at Stages Theatre in New Kingston at the weekend.

There were only a handful of patrons at the theatre to view the movie produced by local movie production company, Visionary Pictures.

Blind Shotta is the first movie to be spearheaded by local film director Diavallan Fearon. The film tells the story of a blind area leader, played by Rayon Walker.

According to the director, the movie did better on Friday, than the smattering of movie goers who walked into Stages the following day. Despite the low turnout, which was not more than 15 patrons, Fearon said he and his staff are not discouraged.

"I am very proud. This is my first movie, and you can never get everything perfect on the first go. I give thanks for the support, especially Friday. I know that most of them want the DVD because they want to do things at their own convenience. Stages is not a place that is established to play movies so we are basically building it from scratch. Many people can't even find the place. I give thanks to Paul, Mr Prendergast and Mr Allen, they are the people who helped me to show the movie to the public. I hope to build with them because this movie thing for me is a first love and I finally got the opportunity to do it. Blind Shotta is just a stepping stone for what is next," Fearon said.

The director admitted to his inexperience, but also said he has been getting requests for the movie from overseas.

The director also spoke of his spat with the Carib Theatre, where a showing of Blind Shotta did not materialise.

"We have been going through a battle with Carib which is the main movie outlet in Jamaica. I believe they have turned their back on the Jamaican film industry and they have basically done it for 80 years, so, for me, it's nothing new the way they reacted to my movie. They did it to Shottas, they did it to Harder They Come. It's Jamaica's 50 and I think we deserved more than an opportunity to display where we reached in our society. I give thanks to Alvin Thomas, our investor, he made all of our work possible," Fearon said.

According to Fearon, the snub from Carib has not stalled his plans, as international interest in the movie still remains.

"People have been calling from France, Canada and England, as well as the Caribbean. It's basically taking on its own wings and flying. I am not very experienced in the field, so I still give thanks to see how things turned out, since I'm not a movie-marketing person who knows all the people to contact and get it across the world," he said.

Blind Shotta was also shown at the Black Lion Entertainment Complex in Grants Pen, St Andrew, where the majority of filming was done.