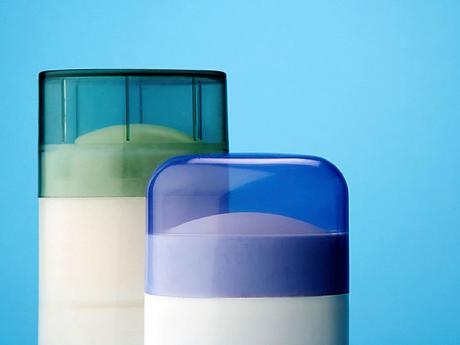 Is there really a link between the development of breast cancer and antiperspirant use? It's an ongoing debate that resurfaced recently with the publication of yet another study on the topic. This time it is an extensive three-year study of human breast tissue collected from 40 mastectomies for primary breast cancer in England.

The study, by Barr et al, published in the Journal of Applied Toxicology, and reviewed in an editorial published in the same journal, found one or more of the five paraben esters studied in 99 per cent of the 160 tissue samples collected from the 40 mastectomy samples. The researchers found that in as many as 60 per cent of the samples, all five paraben esters were present.

Parabens are chemicals used as preservatives in antiperspirants and in many other cosmetics and personal-care products. Past studies have suggested that these parabens may have oestrogenic activity in human breast cancer cells.

The interesting information coming out of this latest study is that the researchers also reviewed the sites where the breast tumours were mostly appearing in the samples. They actually found that higher concentrations of the parabens were found in the upper outer quadrants of the breast and axillary area and this, of course, is where antiperspirants are usually applied, hence the resurgence of the debate on whether antiperspirants cause breast cancer.

It should be noted that the researchers did say that "the source of the paraben cannot be identified, but paraben was measured in seven of 40 patients who reported never having used underarm cosmetics in their lifetime". No correlations were found between paraben concentrations and age, length of breastfeeding, tumour location, or tumour oestrogen receptor content. The editorial review of the study noted that:

"The data from this latest study, the most extensive examination of parabens in human breast so far published, confirm previous work and raise a number of questions on the entire parabens, personal-care product and human health debate, particularly relating to the source and toxicological significance of the paraben esters."

The real questions now for the average person in the street are: What on Earth do we do with this information? Do we stop using antiperspirants and some of the other personal-care products? Are there real and effective alternatives for dealing with sweating, especially in warm climates like Jamaica's and decreasing the associated odours? Scientists need to help us here with the transfer of knowledge and application when they do these kinds of groundbreaking research, even if they have to do more studies to come to conclusions.

On the other side of the debate, I did report in 2009 that researchers at the US National Cancer Institute (NCI), part of the National Institutes of Health, studied underarm antiperspirants (preparations that reduce underarm sweat) and deodorants (preparations that destroy or mask unpleasant odours) and indicated that they are "not aware of any conclusive evidence linking the use of underarm antiperspirants or deodorants and the subsequent development of breast cancer".

The NCI also pointed out that "the US Food and Drug Administration, which regulates food, cosmetics, medicines, and medical devices, also does not have any evidence or research data that ingredients in underarm antiperspirants or deodorants cause cancer". This counters the belief that these underarm products contain harmful substances (aluminium-based compounds and parabens) which are absorbed through the skin or through small cuts when women shave their underarms.

Eulalee Thompson is health editor and a therapist in private practice; email: eulalee.thompson@gleanerjm.com.