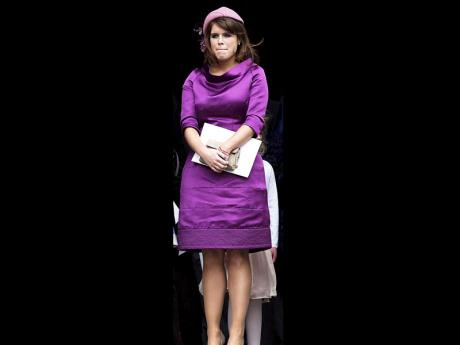 Princess Beatrice, wait for her car outside St Paul's Cathedral following a national service of thanksgiving for the Queen's Diamond Jubilee in London, yesterday. 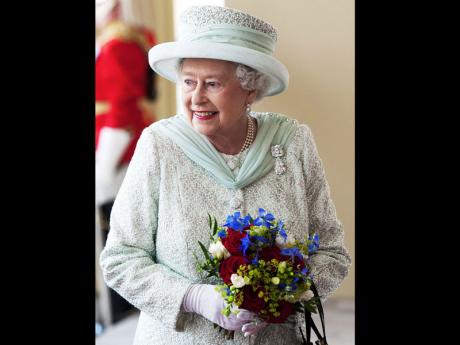 Queen Elizabeth holds a bouquet of flowers as she returns to Buckingham Palace after attending a service of thanksgiving and a lunch in honour of the Diamond Jubilee in London, yesterday. 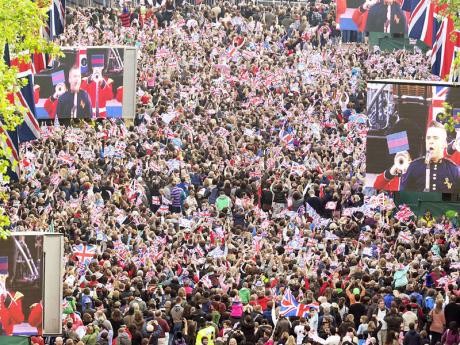 Crowds in The Mall watch Robbie Williams on giant screens as he performs outside Buckingham Palace at the Diamond Jubilee concert. 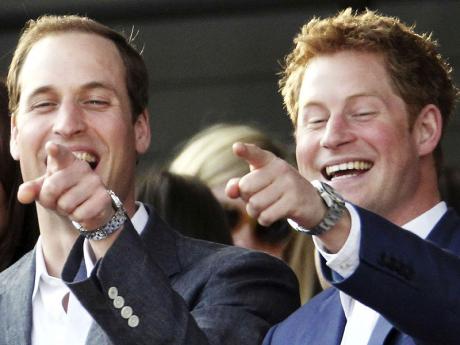 Prince William (left), Duke of Cambridge, with his brother, Prince Harry, pointing at something as they attend the Diamond Jubilee concert 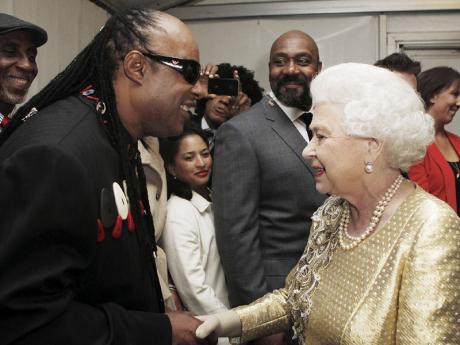 Queen Elizabeth meets Stevie Wonder backstage at The Diamond Jubilee Concert in London, on Monday, June 4. Thousands of flag-waving fans gathered to watch British music royalty celebrate Queen Elizabeth on Monday with a Buckingham Palace concert, featuring acts from throughout her 60-year reign. The Queen's husband, Prince Philip, missed the concert after being hospitalised with a bladder infection. -AP Photos 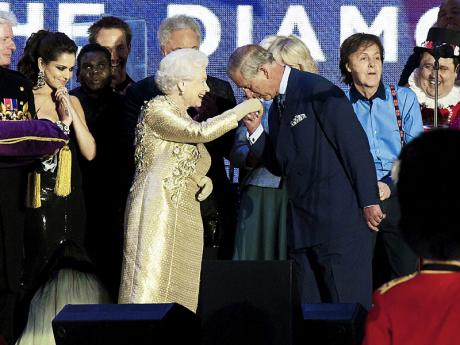 Britain's Prince Charles kisses the hand of the Queen as she is joined onstage with the rest of the Royal family, as well as performers at the Queen's Jubilee Concert, in front of Buckingham Palace, London, on Monday. The concert is a part of four days of celebrations to mark Queen Elizabeth's 60-year reign. 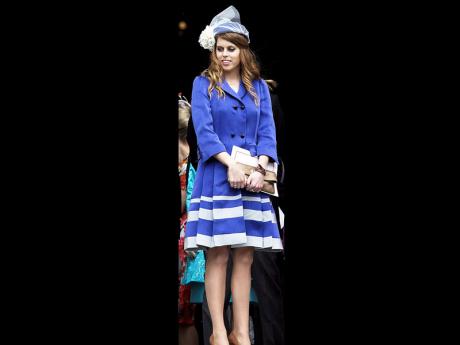 Princess Eugenie, wait for her car outside St Paul's Cathedral following a national service of thanksgiving for the Queen's Diamond Jubilee in London, yesterday. 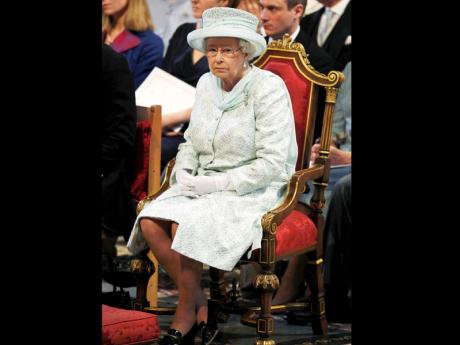 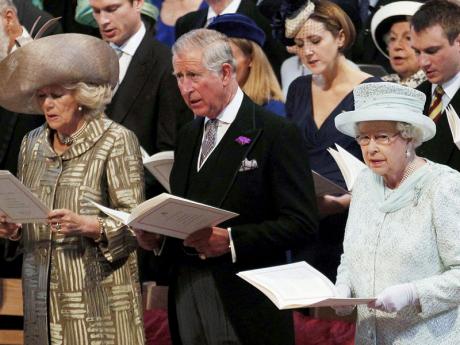 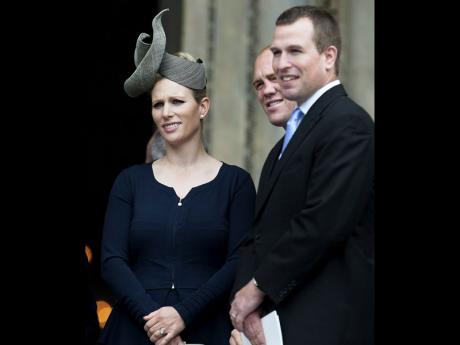 Excitement, pomp and pageantry marked the atmosphere in London, England, yesterday as the curtain came down on the four-day Diamond Jubilee celebrations for Britain's Queen Elizabeth II. Members of the Commonwealth, including Jamaicans, participated in the events.

"The entire England is excited and in a celebratory mood, June Daley, president of Miss Jamaica UK, told The Gleaner. She said the reigning Miss Jamaica UK, Keecia Ellis, was the special guest at the Brixton Village lunch, one of several held in all the boroughs throughout the country. She said in spite of the rains, the largely outdoor parties went on and both Jamaican and British flags were on display.

"But flags sold out pretty early as they were used to decorate all the stores and other buildings," Daley said, pointing out that the patriotic colours of red, white and blue dominated the scene.

She said the Diamond Jubilee celebrations have given a much needed economic boost to the nation, which has been reeling under the effects of a seemingly unending recession and the effects of the prolonged financial crisis elsewhere in Europe.

Here are pictorial highlights of the celebrations.