'We're really looking forward to getting a win' 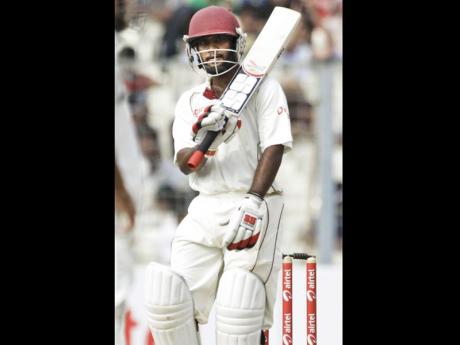 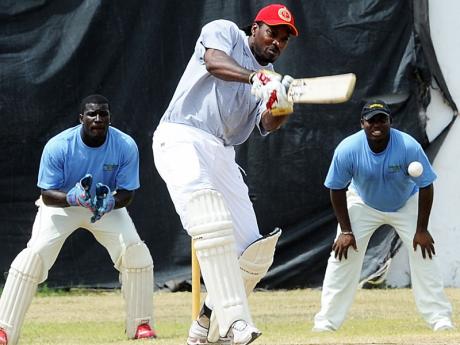 Chris Gayle hits a six during his innings of 69 in the Cricket Clubs' Activities Committee Ultimate Bash II Festival at Melbourne Oval on Saturday. Gayle was named on Monday in the West Indies squad for the upcoming one-day international series against England. - Ian allen/Photographer
1
2

BIRMINGHAM, England:ADRIAN BARATH said West Indies still possess a strong desire to collect their first Test victory in England for more than a decade, when they face the hosts in the third and final Test, starting tomorrow at Edgbaston.

The Windies opener said yesterday that the visitors were looking to sign off the Test series against England with a flourish, giving convincing proof that they were an improving side.

West Indies trail 0-2 in the three-Test series, following a five-wicket defeat in the first Test at Lord's in London and a nine-wicket loss in the second Test at Trent Bridge in Nottingham.

"It's important, having not had any wins in the series so far, that we finish well in this last Test," he said.

"There is a lot at stake. We're really looking forward to getting a win here and bringing some pride to the West Indies."

Barath said it was frustrating that West Indies dominate matches for periods at a time, but their hard work unravelled due to one weak hour or session.

"That's the mindset we're working on - but when we get into those situations we need to really lock down," he said.

"That is what Test cricket is all about. It's not a couple of hours; it's over the course of five days. You have to be on the money every day, every hour, every over."

Heavy cloud cover and chilly temperatures greeted the Caribbean side when they trained at the match venue with new arrival, off-spinner Sunil Narine, generating plenty of interest.

"Sunil has made a name for himself before he has played a Test match, so he has a lot of confidence in his own ability," said Barath.

"Once he is given the opportunity of a West Indies Test cap, I think he will represent us to the best of his ability, try to work to the team plans and get some wickets, so that we can see what he is capable of doing."

Barath said it would be interesting to see how Narine bowls in English conditions, but felt the Mohawk-wearing spinner had the ability to adapt.

"He has the ability to be a world-class bowler, and I think what is good about him is that he is always trying to figure out ways to improve and develop new deliveries because he knows everyone will look to attack him," said Barath.