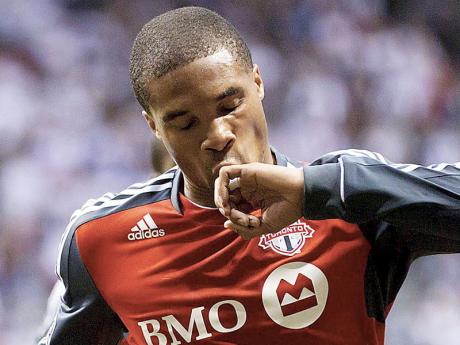 Forward Ryan Johnson believes it is crucial for members of Jamaica's Reggae Boyz to be supportive of each other, despite fierce competition for starting spots ahead of the CONCACAF semi-final World Cup Qualifiers.

The national team currently has an embarrassment of riches, so to speak, when it comes to front-line players, with at least seven players, in addition to Johnson, vying for playing time. Among them are currently suspended Marlon King, and Luton Shelton, Ricardo Fuller, Omar Cummings, Dane Richards, as well as the recently recalled Tramaine Stewart.

Johnson, however, looks forward to the competition benefiting the national squad. With that in mind, the national set-up has seen a lot of rotation in recent times, with various front-line pairs being deployed at different stages of the run-in for the qualifiers.

"It is a big competition when it comes to the forwards that we have here, but for me, it is just about supporting each other," Johnson said.

In addition to that, the 27-year-old Toronto FC player said he also looks forward to learning from some of the more experienced players in the squad.

"For me, I still have a lot to learn in my career, and it is nice to be around guys like Ricardo Fuller and Marlon King. Those are just some examples of forwards that I can learn from in my career, so I am just going to try and use this opportunity to learn as much as I can in the short period of time with them, use it in my career and the upcoming games with Jamaica."

Despite fairly strong performances for the national team, since making his debut in 2006, Johnson, who has seven goals in 18 appearances, found himself out of the loop heading into the qualifiers. Johnson was left out of the squad for three straight games, but was recently recalled for the return leg of Jamaica's encounter against Panama, a match that saw the team go down 2-1 in Panama City, last Friday. The striker was quick to admit that it is a relief to be back in the national set-up and he looks forward to helping the team qualify for the World Cup.

"It feels good to be back. It is probably the most important time in the campaign. I am glad to be a part of the squad and to be able to put my stamp on the game, whenever that time comes, and help Jamaica qualify on that road to Brazil."