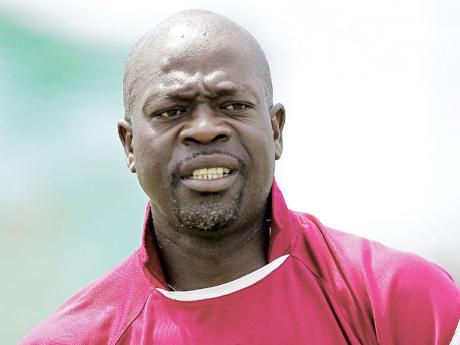 Speaking ahead of tomorrow's start of the final Test at Edgbaston, Gibson said while the young side had shown potential, especially in unfamiliar and challenging English conditions, they needed to deliver more consistently if they were to cause England any major worries.

"Morale has been brilliant, considering that we have lost the two Test matches. If you look at how much work has gone into the two Test matches, how much good stuff we've done, one session or sometimes one and a half sessions of poor decision making by batsmen, and bowlers sometimes as well, has cost us at crucial times," Gibson assessed.

"Again, when you look at the number of people (Windies players) that haven't played in these conditions before, and you look at the challenge that we posed to England in the first Test especially. When you look at the way we bowled on the third day (of the second Test) at Trent Bridge to get eight wickets for 169 runs, (that) was excellent."

He continued: "But to challenge the number-one team in the world you have to deliver that excellence more consistently, and that's where we have been falling down."

West Indies have shown flashes of brilliance throughout the series, but have failed to string together consistently strong performances.

As a result, they lost the first Test Continued from B1

by five wickets at Lord's despite sending England tumbling to 57 for four in pursuit of 191 for victory.

In the second Test in Nottingham, they fell to a nine-wicket defeat even though they posted 370 in their first innings and limited England to 428 in response, a lead of just 58 runs.

West Indies have not won a Test in England in 12 years and Gibson said his side would head into the third encounter with the main objective of avoiding a whitewash.

"We know where we are, we know we're playing against the best team in the world and it would be very naive to think that we were going to come and win three-nil, and our job now is to try and make sure we don't lose three-nil," he stressed.

England have rested swing bowler and spearhead of their bowling attack Jimmy Anderson for the fixture, with seamers Steven Finn and Graham Onions expected to vie for the vacant spot.

Though Anderson will be missing, Gibson said West Indies did not expect a diminished challenge and still needed to conquer the XI England fielded.

"If they rest six players and we win a Test match, it's still West Indies versus England so we don't really care how many people they rest. The more the merrier, if you like," Gibson said candidly.

"They've got other priorities ... and we're just trying to play anybody that they put on the park. Steven Finn has had a very good stint in Test cricket so far since he's come on board. Graham Onions made his debut against West Indies in 2009 at Lord"s and got six wickets.

"They are fortunate to have such a good array of fast bowlers to choose from at the moment so whoever they bring in will still be tough."