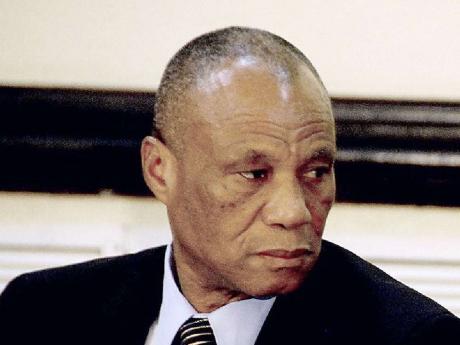 PETER PHILLIPS, the finance and planning minister, yesterday sent a clear message to the commissioners who presided over the enquiry into the financial-sector meltdown of the 1990s: the Government has no more money to fund the probe.

Phillips told the country yesterday, as he closed the 2012-2013 Budget Debate in Parliament, that work should be brought to an end with no further extensions.

The commission of enquiry, chaired by Worrick Bogle, had said it would submit its findings in April and August of this year.

"We are requiring that this be formally brought to a close," said Phillips of the enquiry.

The administration said it was only prepared to honour invoices for work done by stenographers.

"In this fiscal situation, the only further expenditure contemplated is the payment of stenographers' fees," Phillips stressed.

The commission of enquiry into the Financial Sector Adjustment Company (FINSAC) has been the subject of extensive and intense public debate since the probe started in 2009.

The initial duration of the enquiry was six months.

Interest groups, particularly those which reportedly lost investments during the financial-sector debacle, have waged a relentless campaign urging the Government to ensure that the commissioners be allowed to complete their task.

However, Phillips indicated that despite commitments in writing from the commissioners to submit their findings in two parts (April 2012 and August 2012), the Government is yet to receive a report.

"As of today (yesterday) June 6, there is no report, interim or otherwise, despite taxpayers paying out some $65 million and there are bills outstanding for rental and other costs," the finance minister reported.

Phillips contended that the commissioners had not even submitted a status report to the Ministry of Finance.

He noted that former Finance Minister Audley Shaw had instructed the commission to complete its work by early November 2011.

"The financial secretary also wrote to the commission requesting that it complete its work."

During his contribution to the Budget Debate last week, Shaw had warned that he would report the Government to international bodies if it did not see to the completion of the FINSAC enquiry.