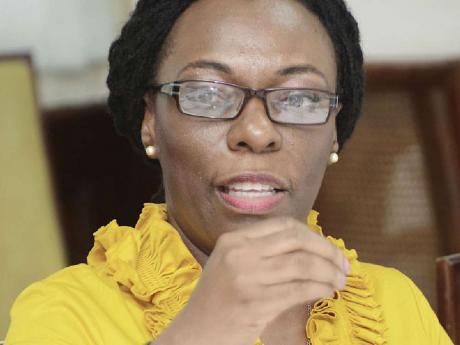 An unacceptable ratio of guidance counsellors in schools is hampering caregiving for abused children.

Speaking during a Gleaner Editors' Forum on children at risk yesterday, Salomie Evering, head of Clinical Services at The Mico CARE Centre's St Ann's Bay branch, revealed the current ratio was 600 students to one counsellor.

"And that's at a 'good' school. It's ridiculous," said her colleague, Dr Claudine Hyatt, director of Mico's youth counselling centre.

They said the desired ratio should be 30 students to one counsellor and there were many children to be reached.

"There are many cases of abuse being reported, so that means that there are probably four times the numbers that are unreported. If it is unreported, it means these children are not getting the intervention they need," said Hyatt.

Both women pointed out that the imbalance in the student-to-counsellor ratio was not an indictment on their institution's training of adequate numbers of people, but instead a reflection of a directive from the Ministry of Education.

Evering noted the ministry attempted to introduce a special-education component at all teachers' colleges.

"It means that everybody is exposed, so when you see a certain type of behaviour, you will need to get assistance.

Evering said the programme started with a 12- to 40-hour course, in which teachers were taught to spot the characteristics of some behaviours, giving them the necessary warning signs when a child is heading down a particularly dangerous path. However, the number of counsellors available made it difficult.

"Counsellors are supposed to do group, individual and family counselling. But there seems to be so much manifestation of unfavourable behaviour that they spend more time dealing with the individuals than having the multiplier effect of having a group of students working with," she said. Both women felt the current crop of guidance counsellors was adequately equipped to deal with disturbances.

"The extent to which they can provide intervention is a different conversation," said Hyatt. She also expressed concern that guidance counsellors are often saddled with administrative responsibilities and that those demanded so much time, the counselling interventions they would want to address are left undone.

Also in an effort to assist counsellors, Hyatt said there would be a summer camp for counsellors at the Mico youth centre. She said this would help them hone even more enhanced counselling skills and interventions "so that they within the schools can identify, respond and intervene in the lives of children experiencing various types of trauma".

Hyatt said the counsellor camp came about because even though the youth camp was successful, there was concern that is not a sustainable intervention.